Curtains made from aluminium foil and furniture made from galvanised-steel gratings are just some of the novel uses of industrial materials featured in this silver-coloured office extension in Munich. Designed by local studio Buero Wagner, the extension was created by opening up the basement of an existing office in the backyard of a turn-of-the-century building 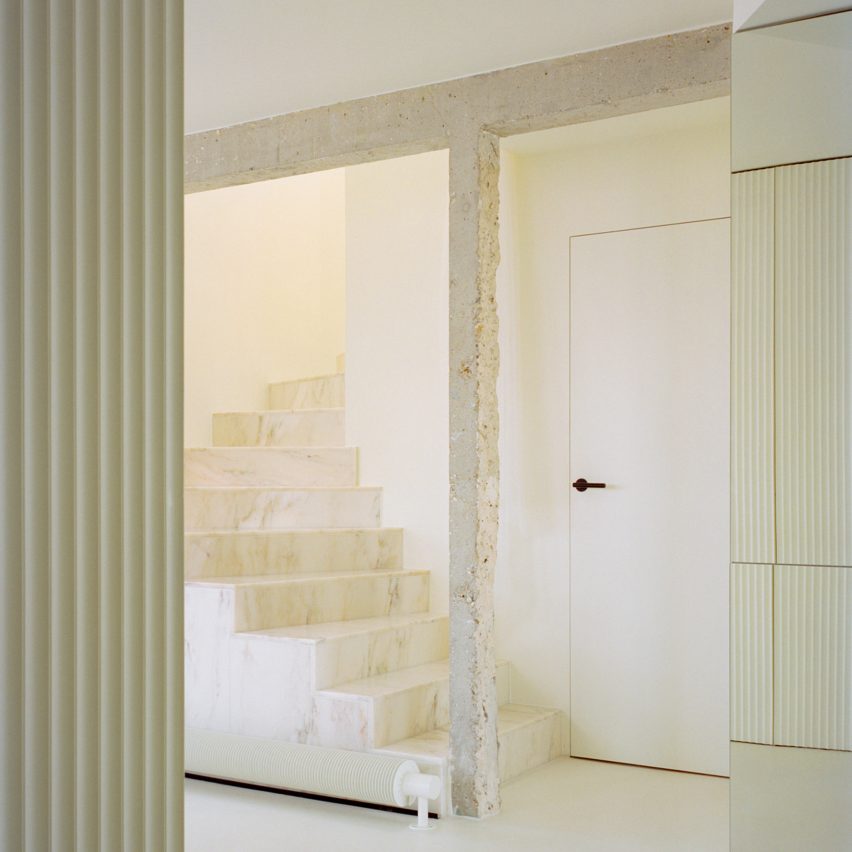 Local architect Clément Lesnoff-Rocard used clean lines, light colours and mirrors to create a bright interior within this skewed Parisian penthouse. Located on the top two floors of a 1980s building in Paris’ 17th arrondissement, The Edge apartment is a penthouse that looks out over the city’s rooftops. “This space gave me this very specific 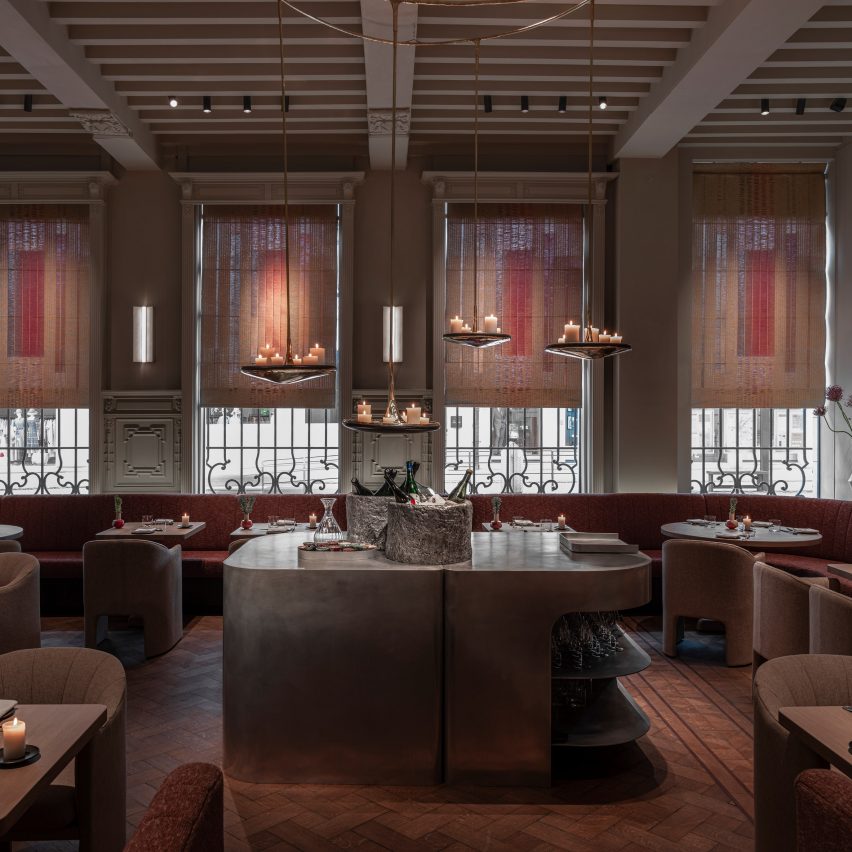 A cast brass chandelier and a colourful light installation are just some of the site-specific pieces Space Copenhagen installed in the interior of the Blueness restaurant in Antwerp. Called Blueness, the restaurant is located in the heart of Antwerp’s fashion district, on the ground floor of a 17th-century renaissance building. It is three-Michelin-star chef Sergio Herman’s third restaurant and 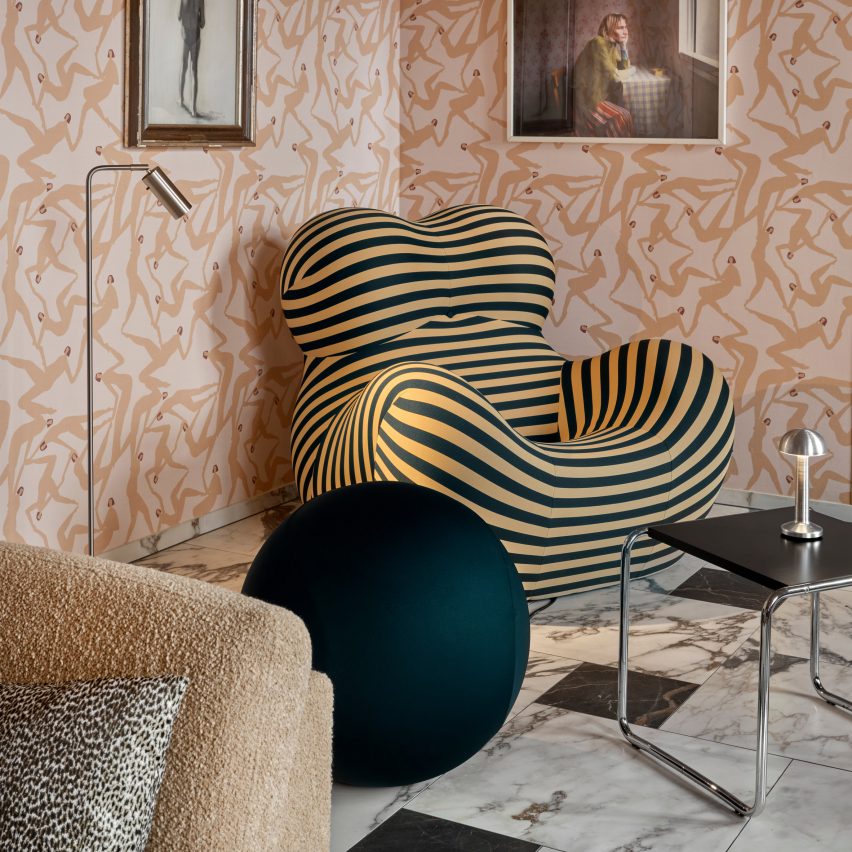 Finnish interiors studio Fyra has fostered a “bohemian ambience” in this hotel in Helsinki by layering different styles, colours and historical references within its public spaces. Hotel Torni was originally built in 1931 based on designs by architects Jung & Jung, with its 14 storeys making it the tallest building in Finland at the time. 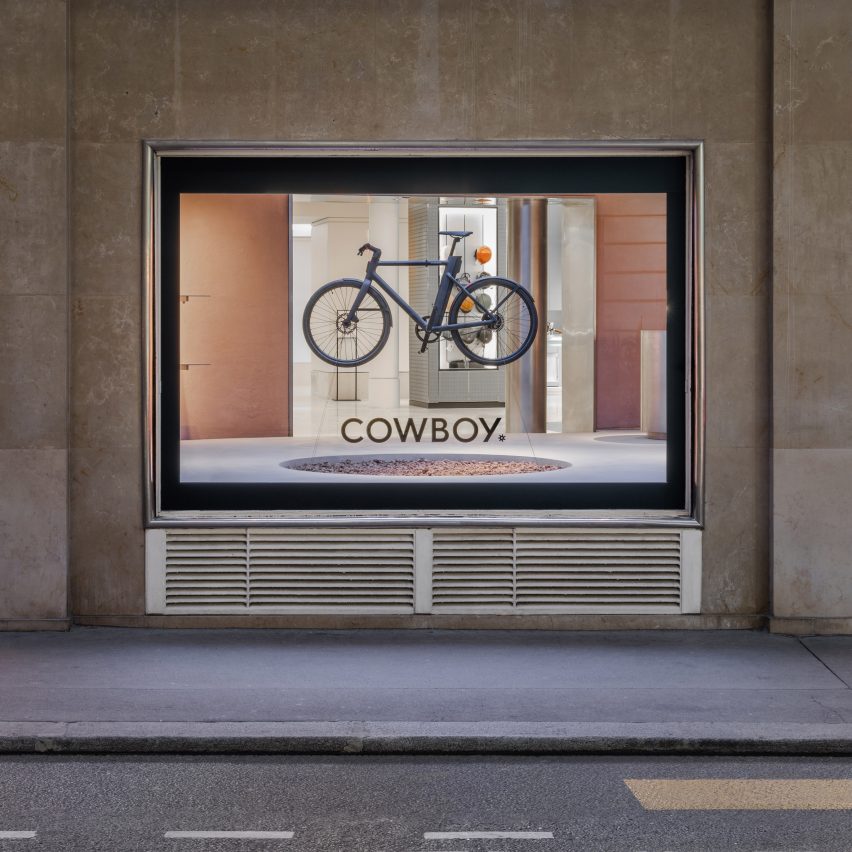 Limestone blocks and crushed earth feature in this electric bike shop in Paris, designed by local studio Ciguë to visualise how a car-free city of the future might look. The store belongs to Cowboy, an e-bike brand aimed at urban cyclists, and is located in the department store Le Bon Marché Rive Gauche. For its 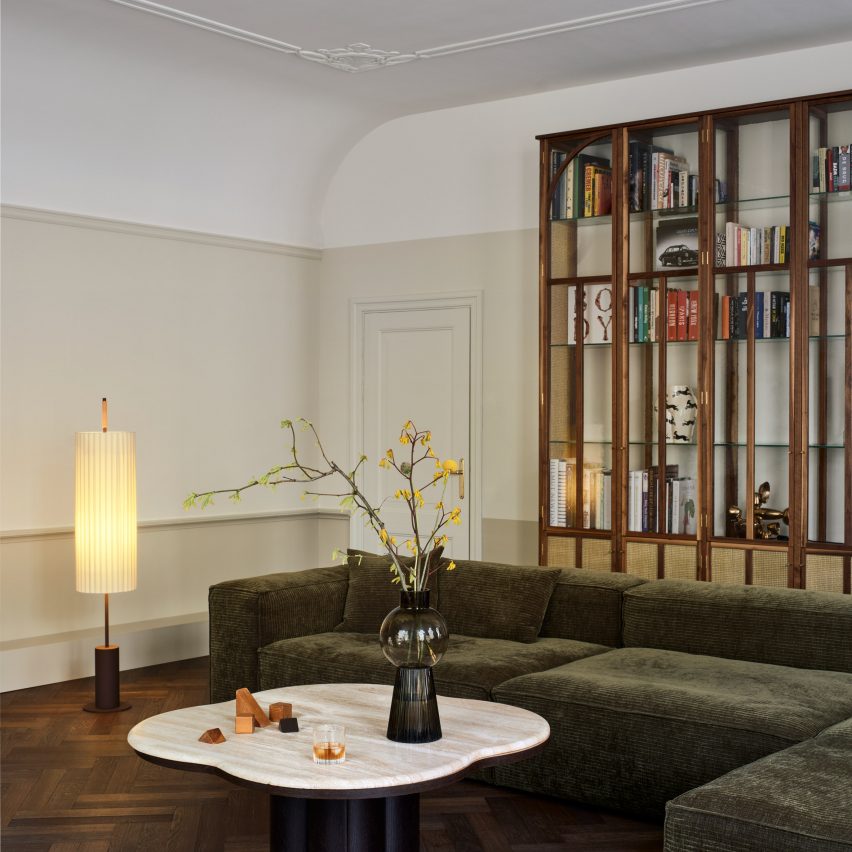 Amsterdam interior design firm Studio Modijefsky has created a contemporary family home inside of a local dijkhuis – a traditional Dutch dwelling set next to a dyke. Located in the north of Amsterdam, the house was originally built for a middle-class family in the 1800s. But the building suffered substantial fire damage while serving as 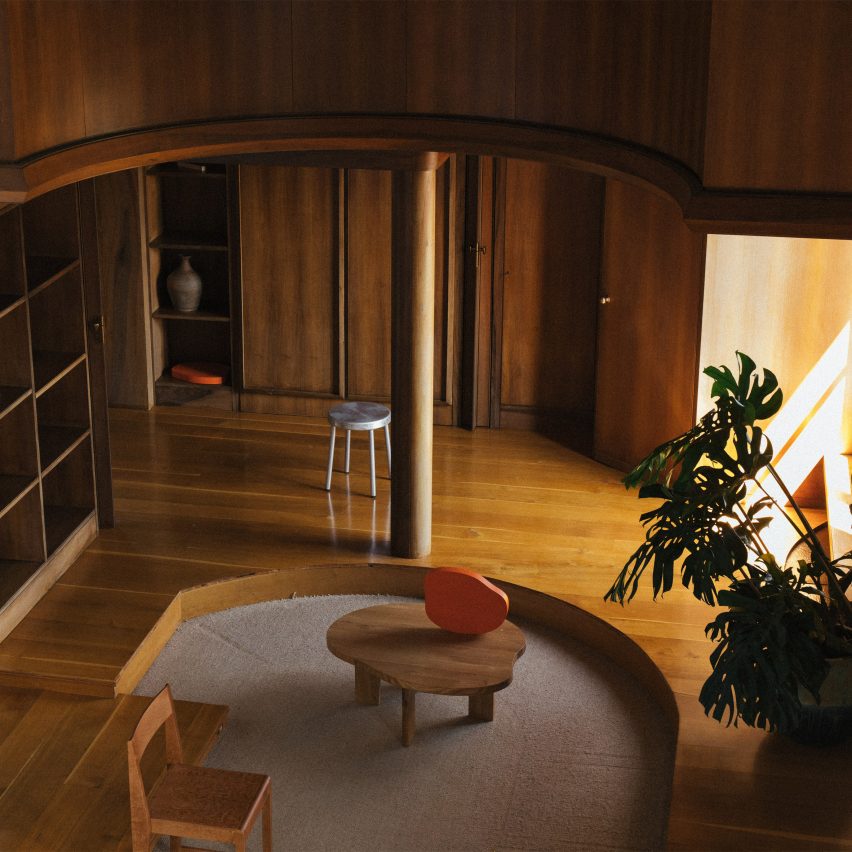 Copenhagen design brand Frama has contrasted modern furnishings against dark wood panelling inside this hybrid apartment and workspace in Florence, which belongs to Spanish director Albert Moya. The self-contained residence occupies a number of rooms inside the Villa Medicea di Marignolle, a Rennaisance villa and estate nestled among the hills of Florence’s southwestern suburbs. The 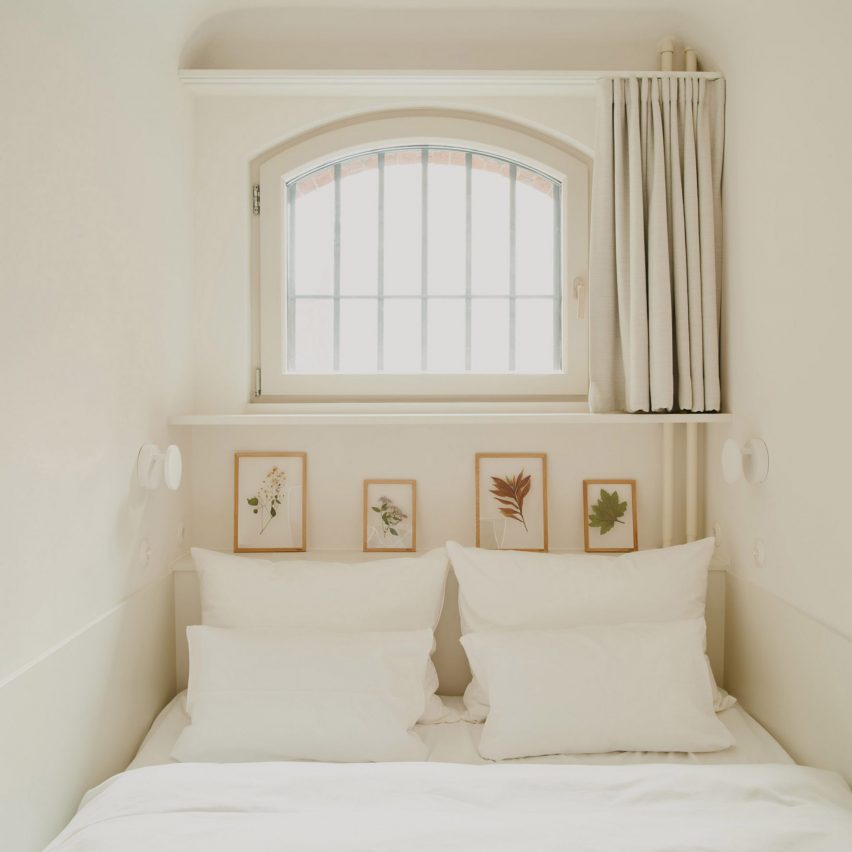 German practice Grüntuch Ernst Architects has converted an abandoned women’s prison and courthouse in Berlin into a “tranquil” hotel. Called Wilmina, the hotel occupies a duo of listed 19th-century structures in Charlottenburg that had been forgotten for decades prior to their renovation. The former court, which sits at the entrance on Kantstraße, accommodates the hotel’s 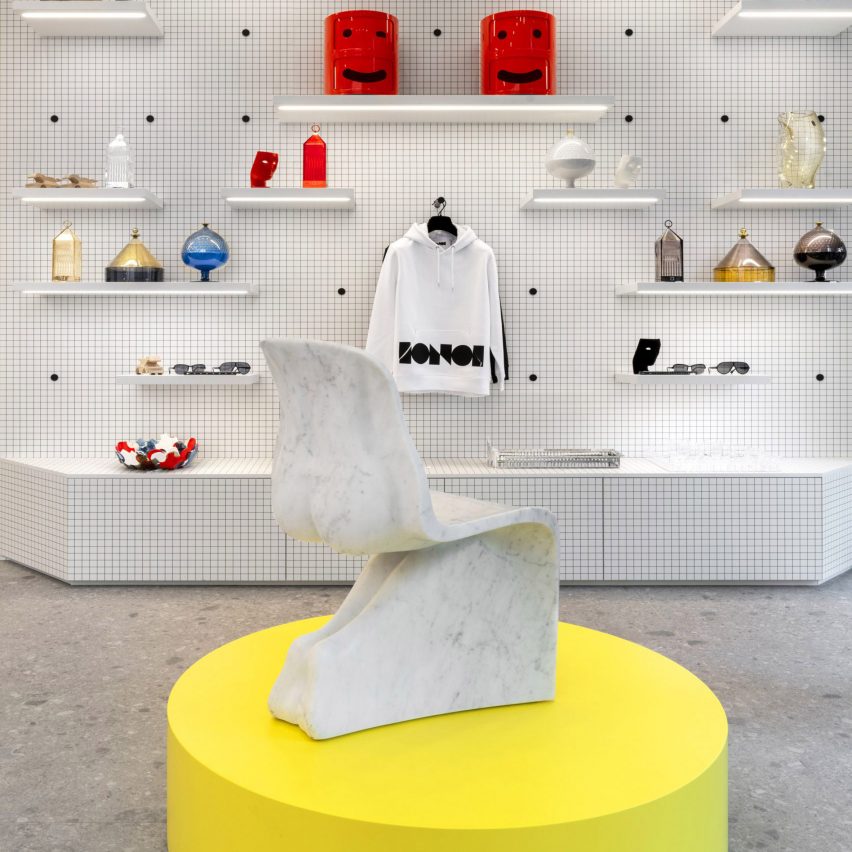 Italian architect and designer Fabio Novembre has opened IoNoi Gallery, a hybrid retail space and gallery in Milan with “strongly postmodern” interiors designed to showcase his work. Located on a street corner a few steps from Novembre’s studio, the shop sells a range of products the designer has created throughout his career for companies including