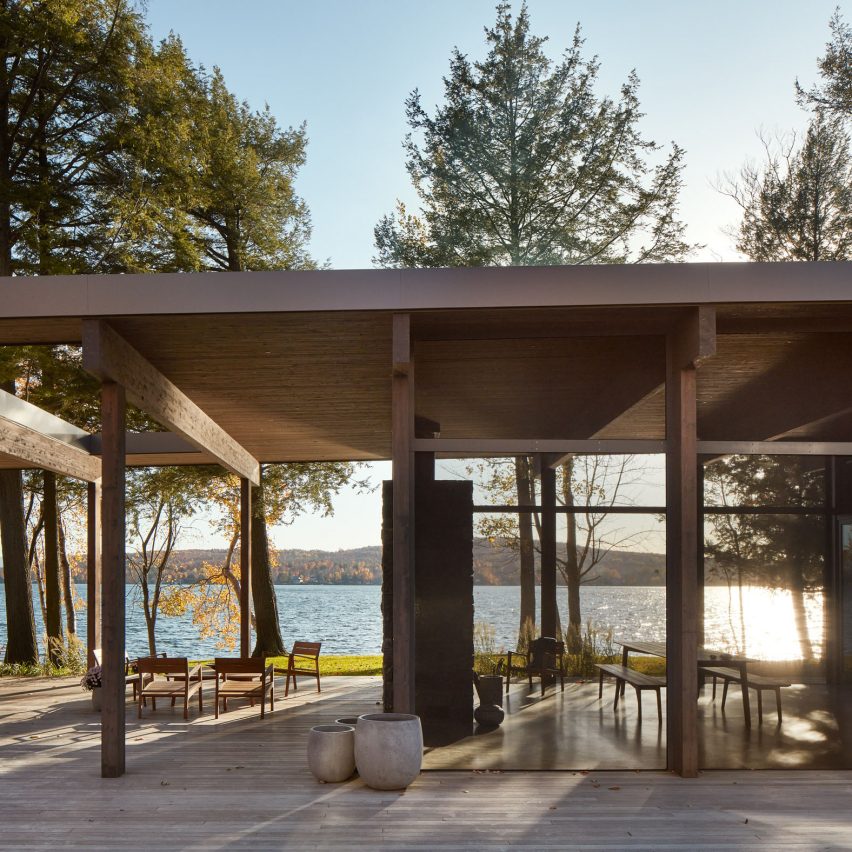 A glass walkway connects both halves of this holiday home overlooking Quebec’s Brome Lake, which Atelier Pierre Thibault designed to offer a variety of outdoor spaces that connect the house to its natural surroundings. Lac-Brome Residence is located in the sought-after destination outside Montreal, popular for secondary residences given its proximity to ski resorts in 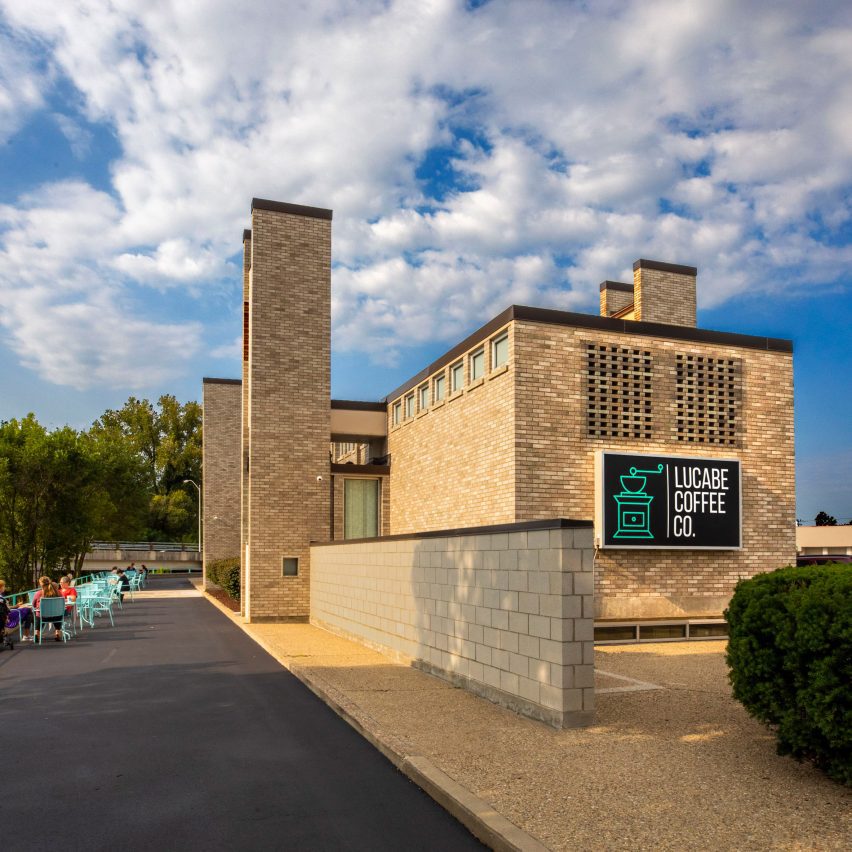 The Irwin Union Bank building in Columbus, Indiana, originally designed by notable American architect Harry Weese, has reopened as a coffee shop. After being left vacant for a year, the glazed brick structure is now home to the second location of local coffee chain Lucabe Coffee Company. Dating back to 1961, the bank building is 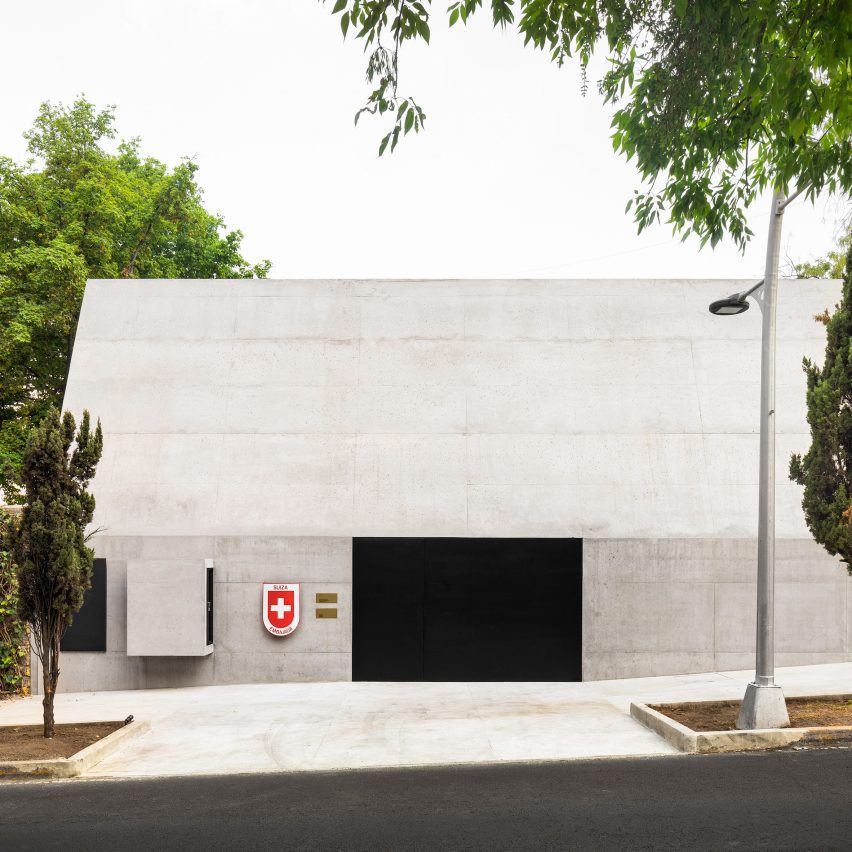 Black granite, terrazzo, and concrete all contrast the lush vegetation at this compound on Mexico City’s elite Paseo de la Reforma, which houses the official residence of the Swiss Ambassador to Mexico. The residence of the Swiss Ambassador in Mexico City was comprehensively renovated by Swiss studio Fruehauf, Henry & Viladoms (FHV) in collaboration with 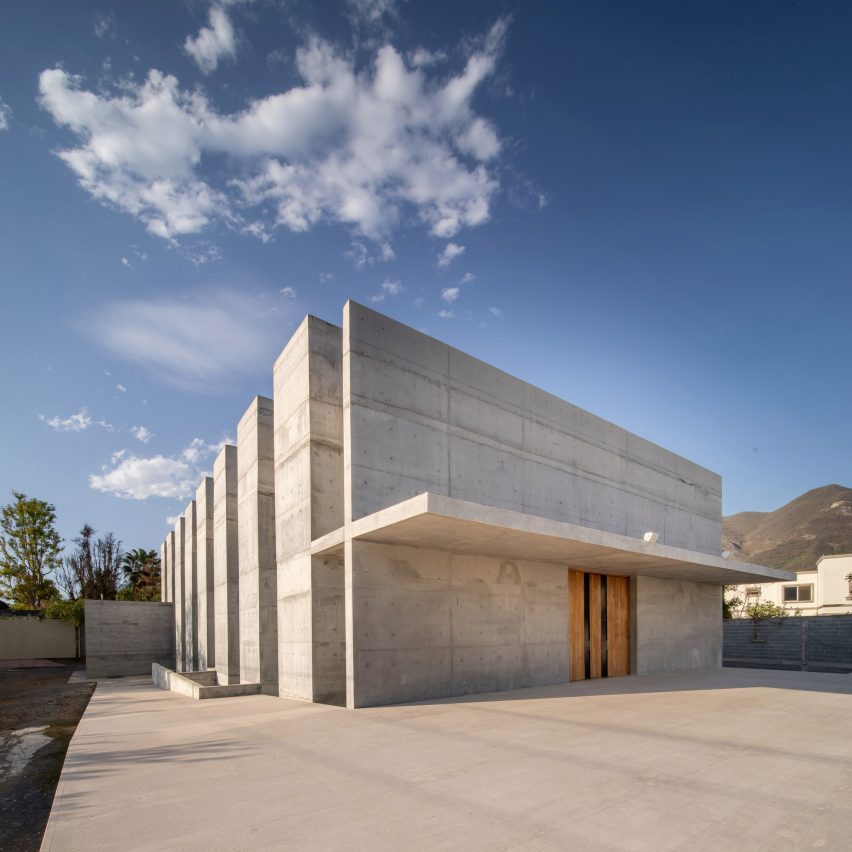 This minimalist chapel outside of Monterrey in northern Mexico by WRKSHP was designed with a limited palette of materials that allow natural light to define the spacious interiors. Fuego Nuevo chapel was completed earlier this year, after the firm was commissioned directly by the congregation of El Uro, on the outskirts of Monterrey. The area 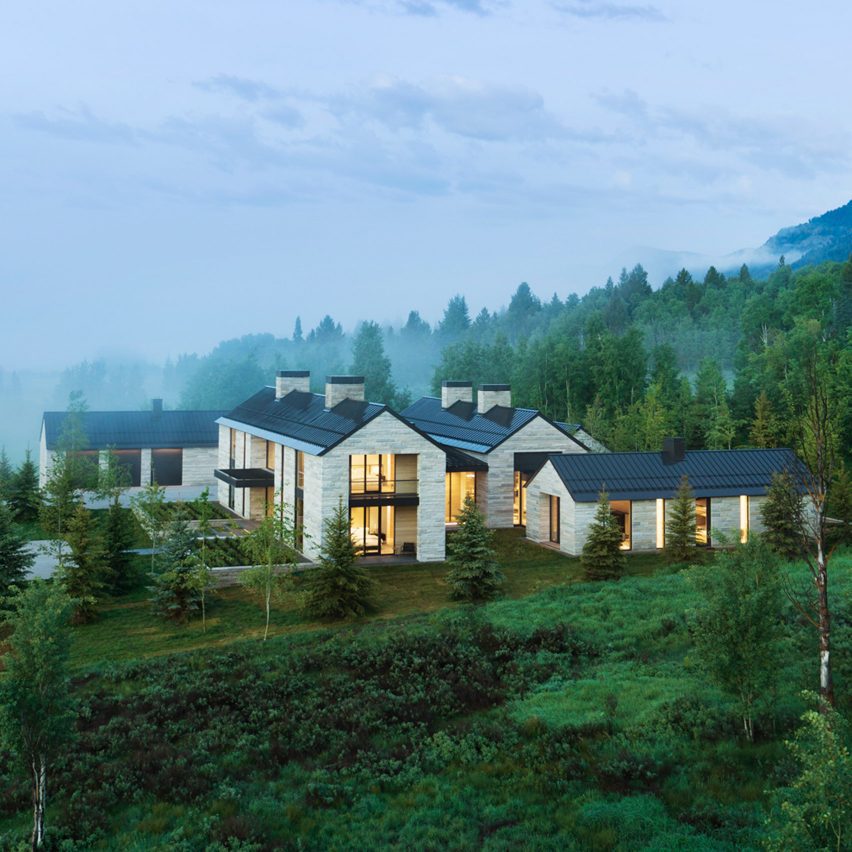 CLB Architects has completed a holiday home in Wyoming’s Teton mountain range, drawing references from settler communities that were built as the United States expanded further West. The property is named Five Shadows after the five distinct volumes that make up the 12,800 square-foot (1,100 square metres) estate. “The house, reminiscent of a homesteader’s settlement, 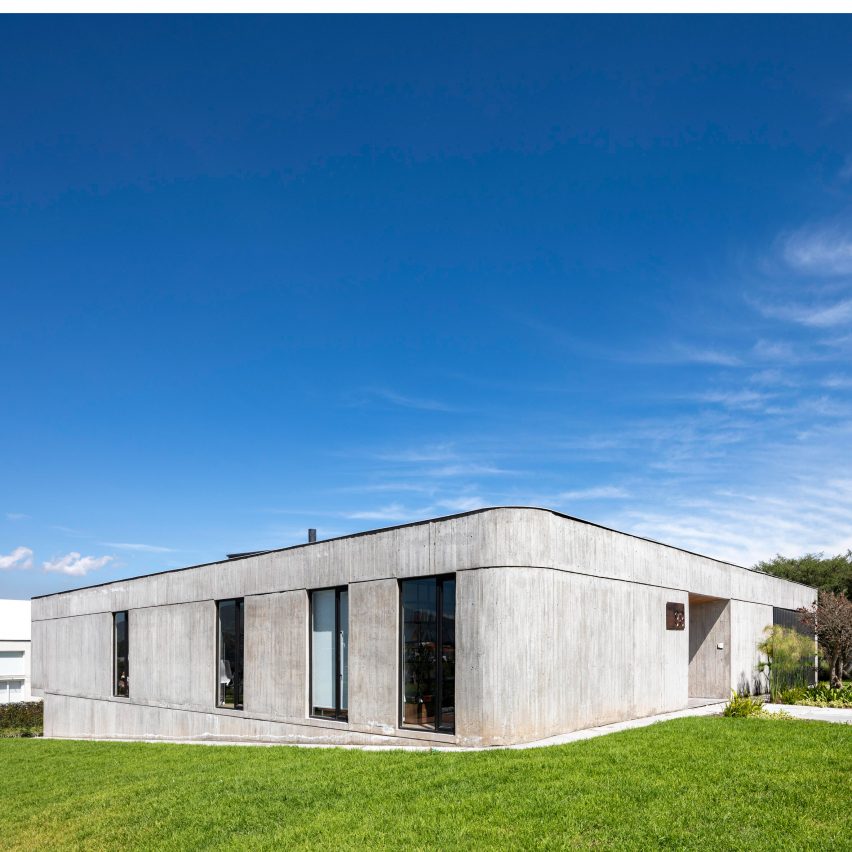 Board-formed concrete imprinted with eucalyptus planks forms the exterior of this home in Quito, Ecuador, by local firm Bernardo Bustamante Arquitectos. The low-slung house is sited on a corner lot in the Tumbaco neighbourhood, on the outskirts of Quito. Local planning regulations required that the house have a generous front yard, and prohibited the construction 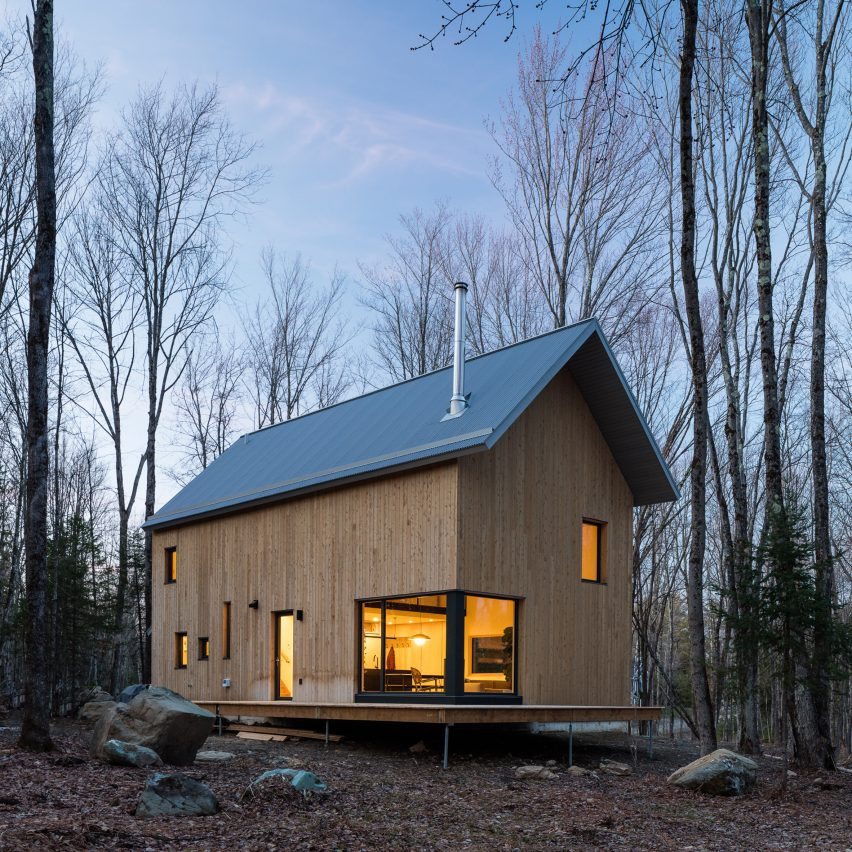 The primary bedroom overlooks a double-height living space in this wooden cottage by Montreal-based architect Ravi Handa, making the compact home feel much larger than its size. Completed last year, the diminutive cabin was designed to maximise living space within a relatively small footprint of 1,500 square feet (139 square metres). Despite its size, the 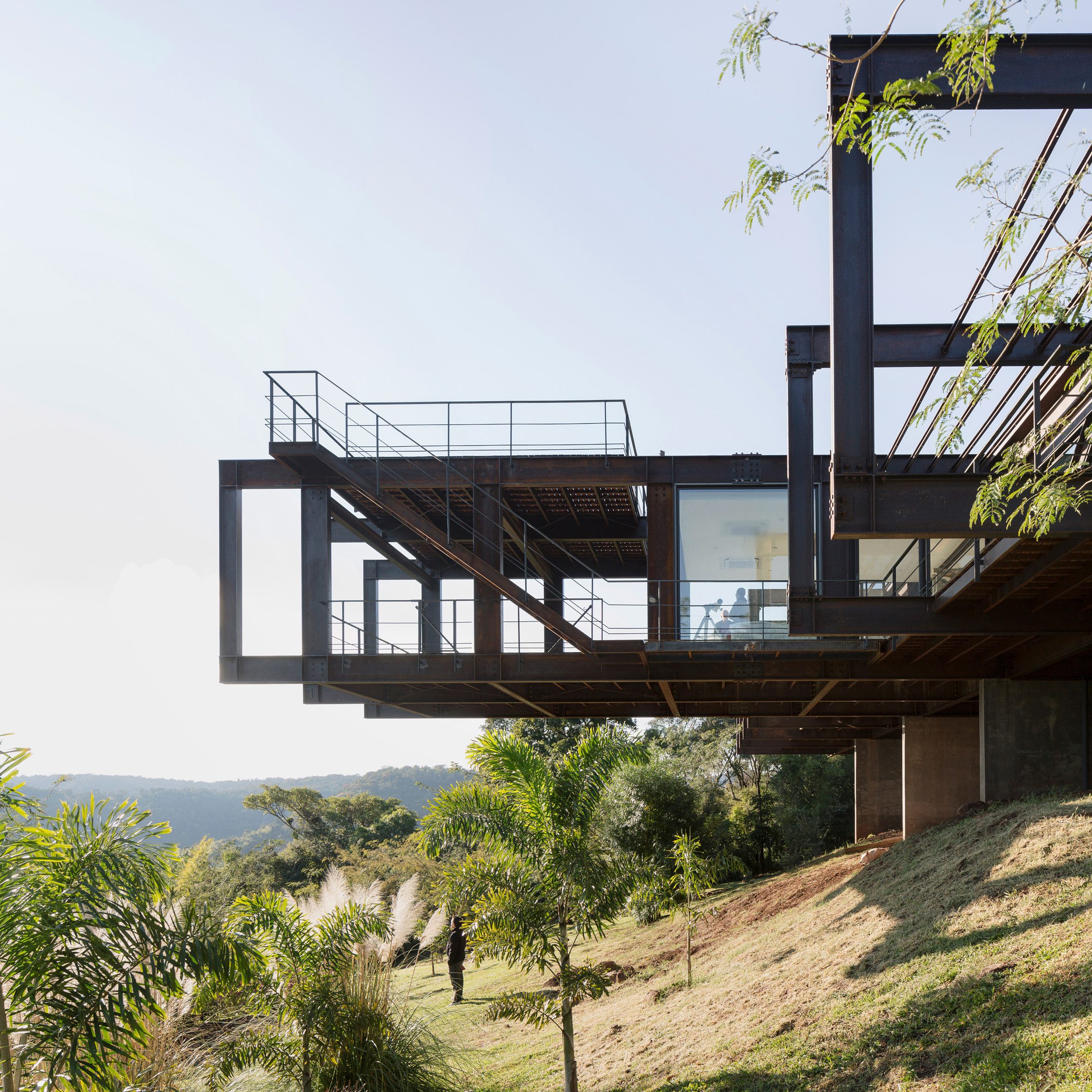 Paraguayan architecture office Bauen has completed a house in the forests of Guaira, which cantilevers off three concrete walls to project over the site’s steep and lush landscape. Casa Himmel, or Cloud House, was designed for a Paraguayan couple to settle down in for their retirement. After identifying a steep and isolated site in the

The post Steel house by Bauen was assembled in seven days on remote mountain site in Paraguay appeared first on Dezeen. 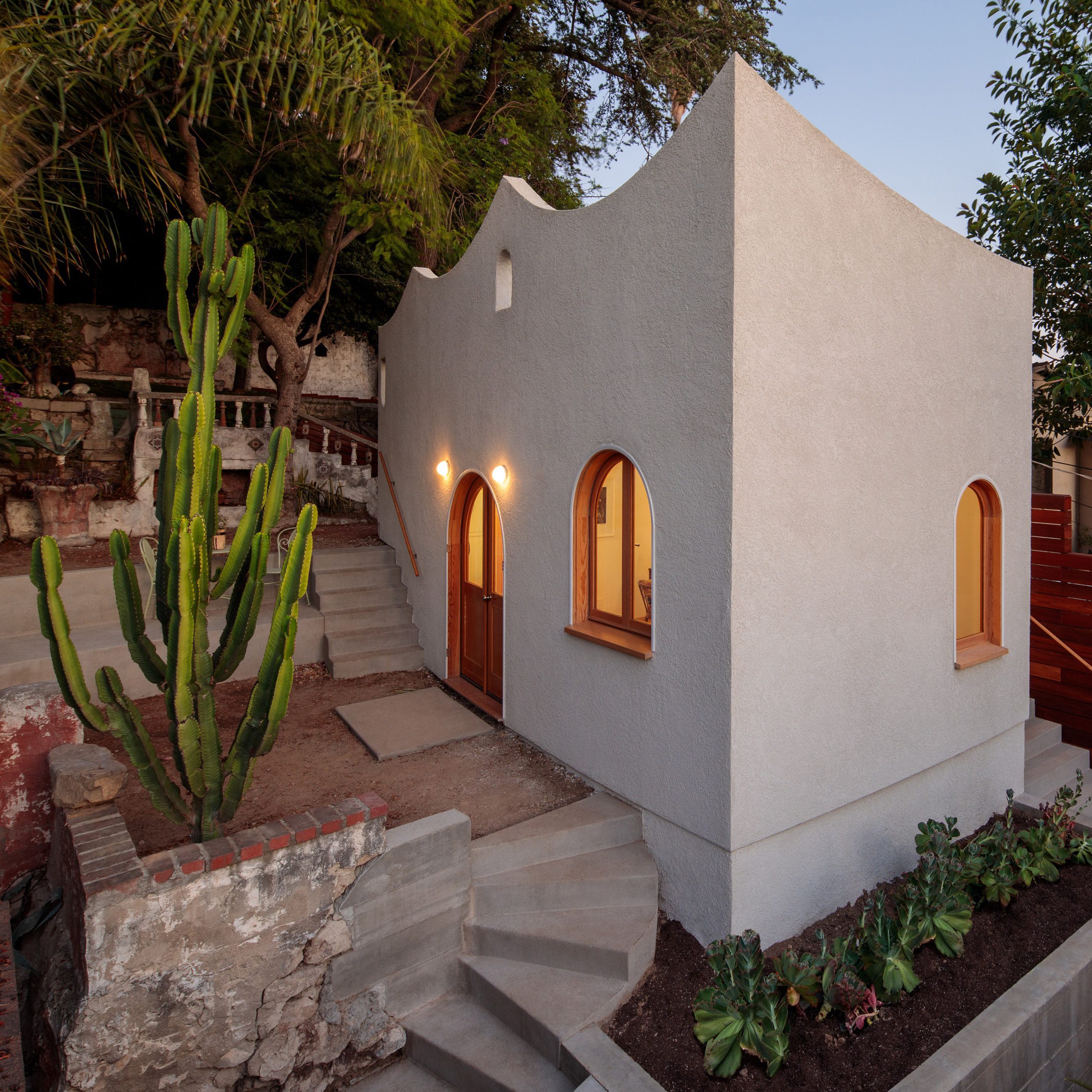 A scalloped roofline defines this playful backyard studio that Los Angeles architects Byben & Skeens completed for a writer and filmmaker to have a “solitary space for creation”. The compact project replaces a derelict shack in the steeply terraced back yard of a new homeowner’s property in LA’s Echo Park neighbourhood. “The previous owner decorated 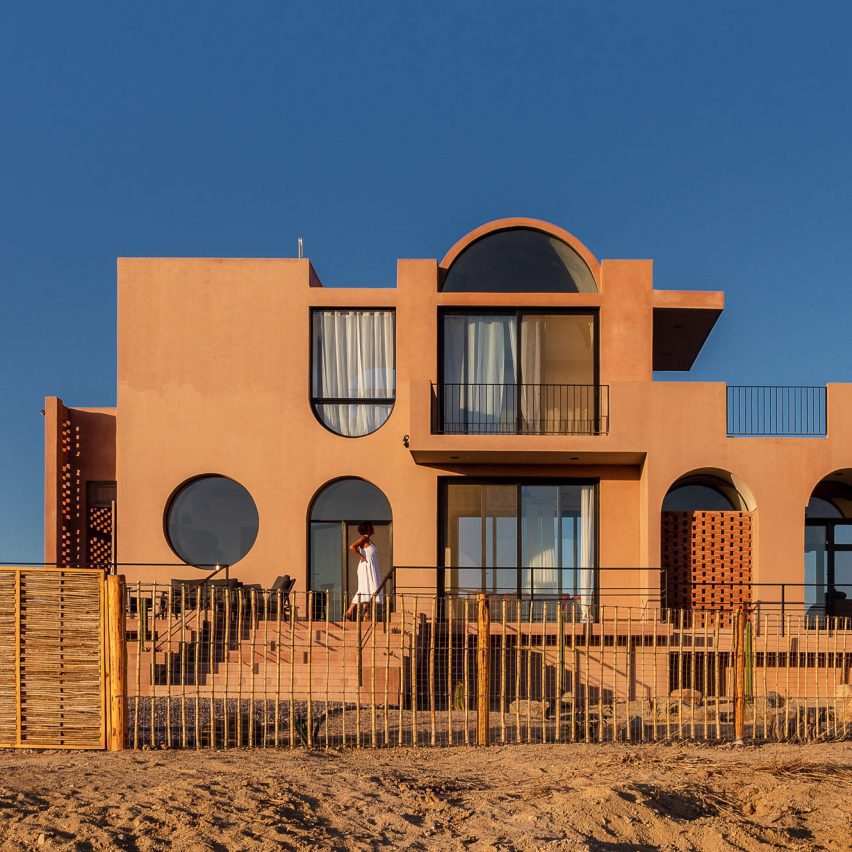 Named after a mythical warrior queen, this house by RED Arquitectos features arched doorways and windows that overlook the Pacific Ocean from Mexico’s Baja peninsula. The 200-square-metre house is located in Todos Santos, a town sat roughly midway between La Paz and Cabo San Lucas, in Baja California Sur – known for its beaches and