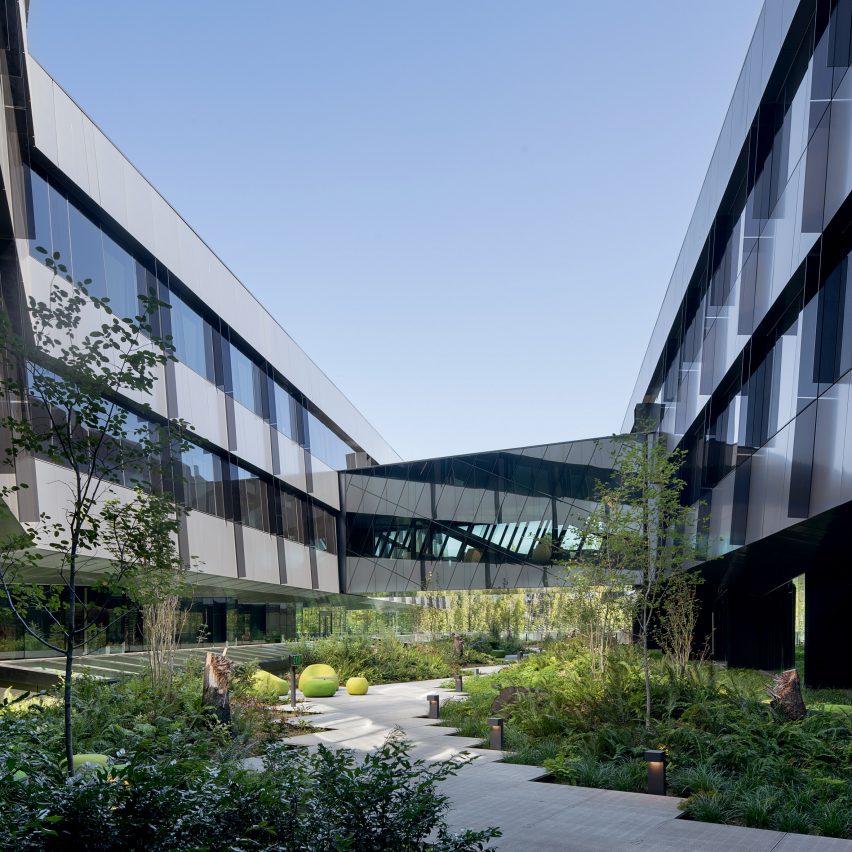 Portland studio Skylab Architecture has revealed images of its Serena Williams Building, designed for sportswear brand Nike’s campus in Beaverton, Oregon. The building was completed in Beaverton, where Nike has its campus in the Oregon hills, and features a central tower from which five wings stretch out. The one-million-square-foot (92,903-square-metre) building was designed as a 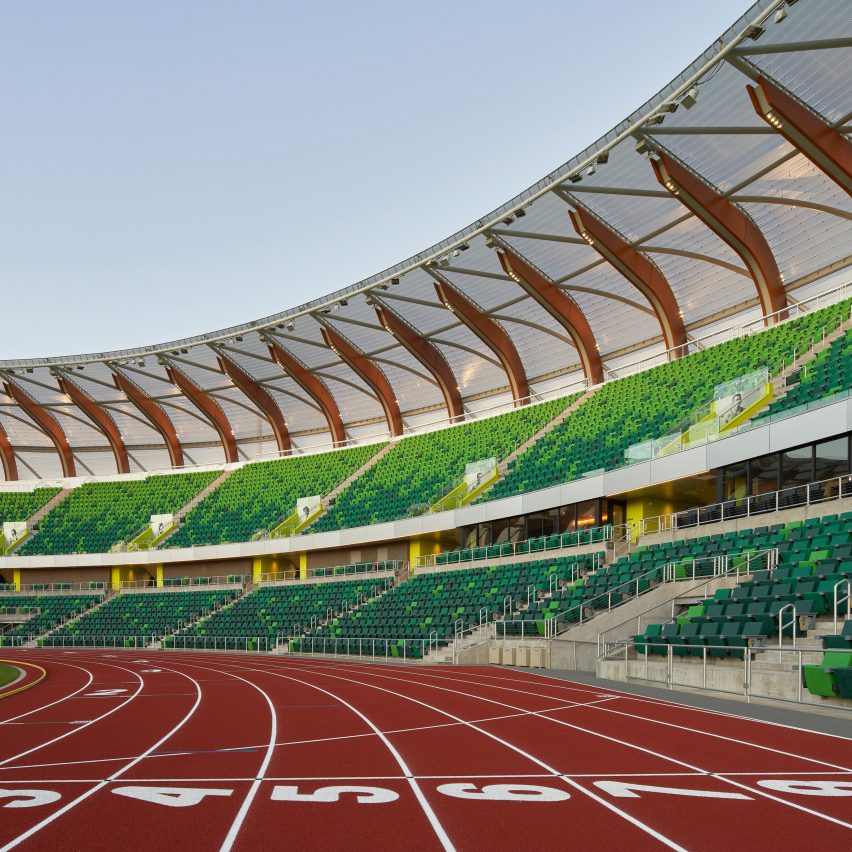 Seattle-based architecture firm SRG Partnership has reimagined the Hayward Field stadium in Eugene, Oregon, with glulam beams supporting an ETFE canopy. Hayward Field, home to the track and field facility for the University of Oregon, was recently renovated in order to include a new grandstand and canopy. The redesigned stadium has 12,650 seats with 84,085 Structural plywood was used to help reduce the carbon footprint of an Oregon office building designed by Lever Architecture for a nonprofit organisation. Located in Portland’s Albina neighbourhood, the building serves as the headquarters for Meyer Memorial Trust, a charitable foundation focused on racial, social and economic justice. Local studio Lever Architecture designed the facility 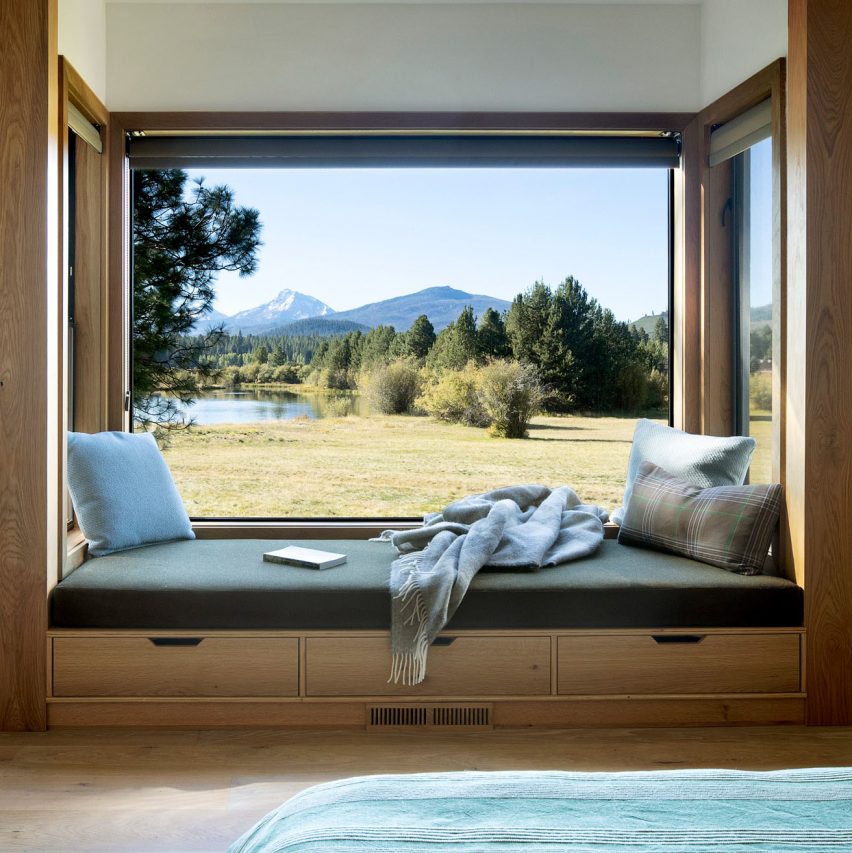 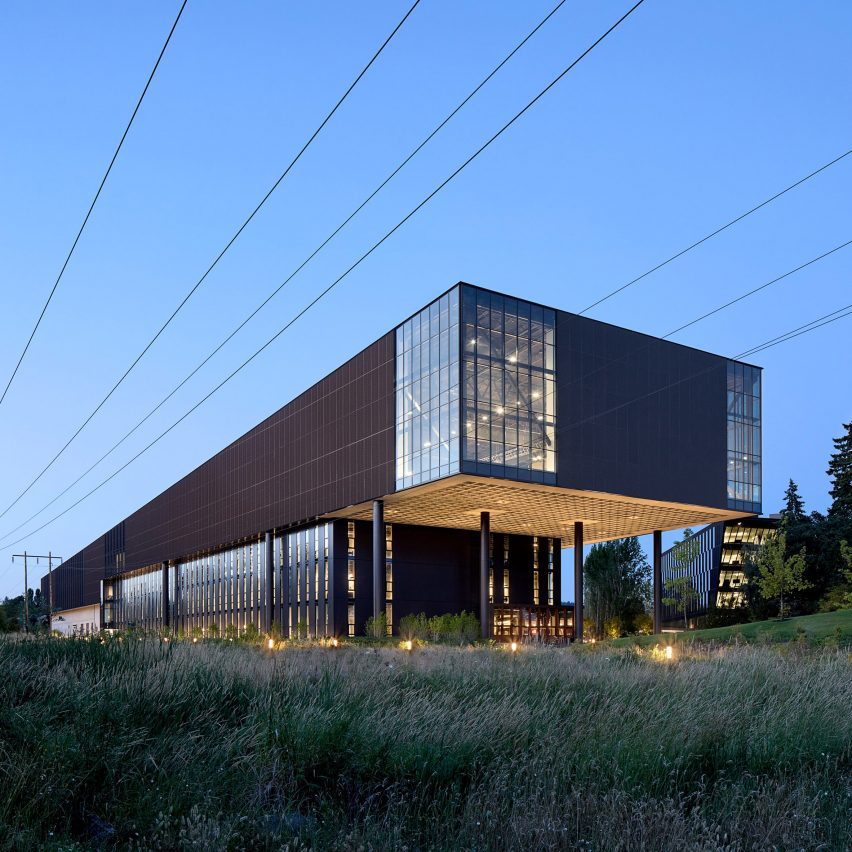 A full-size basketball court and a 200-metre track are among the spaces found inside a large, metal-clad building designed by US firm Olson Kundig on the Nike campus in Oregon. The LeBron James Innovation Center is part of the 300-acre (121-hectare) Nike World Headquarters in Beaverton, Oregon. The new facility is named after the basketball 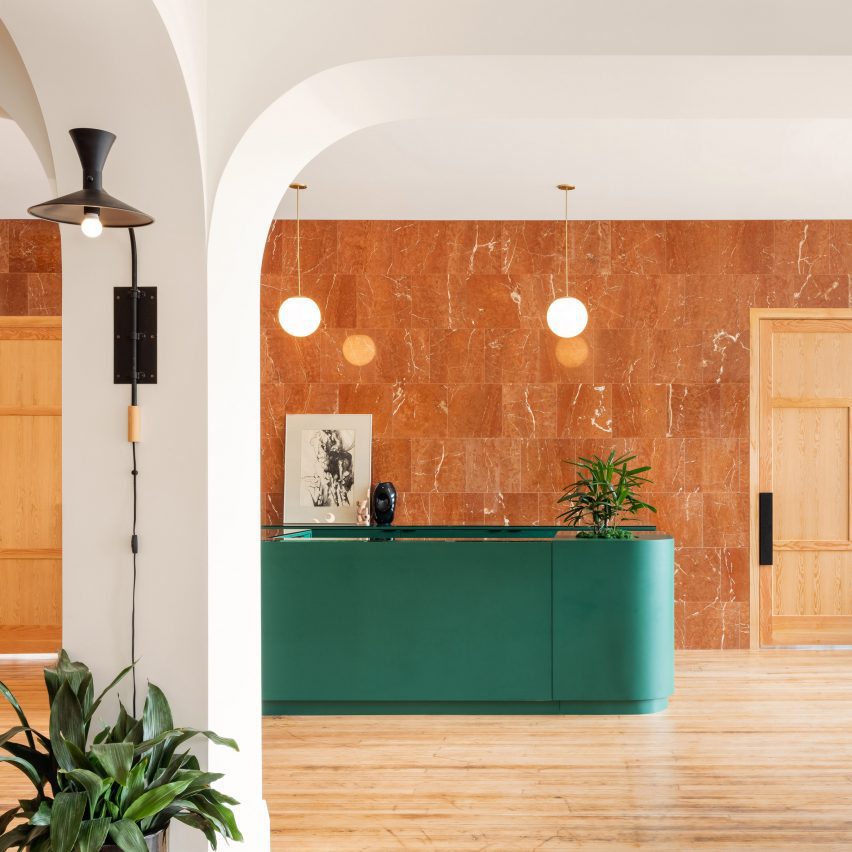 Palisociety and North 45 Projects have preserved original details at this early 20th-century hotel in Portland, Oregon, which reopened this year as the Hotel Grand Stark. Originally built in 1908, the building sits across the Willamette River from the city’s Downtown area and was formerly known as the Chamberlain Hotel. Hotel Grand Stark takes its

The post Palisociety and North 45 Projects return grand Portland hotel to its original use appeared first on Dezeen. 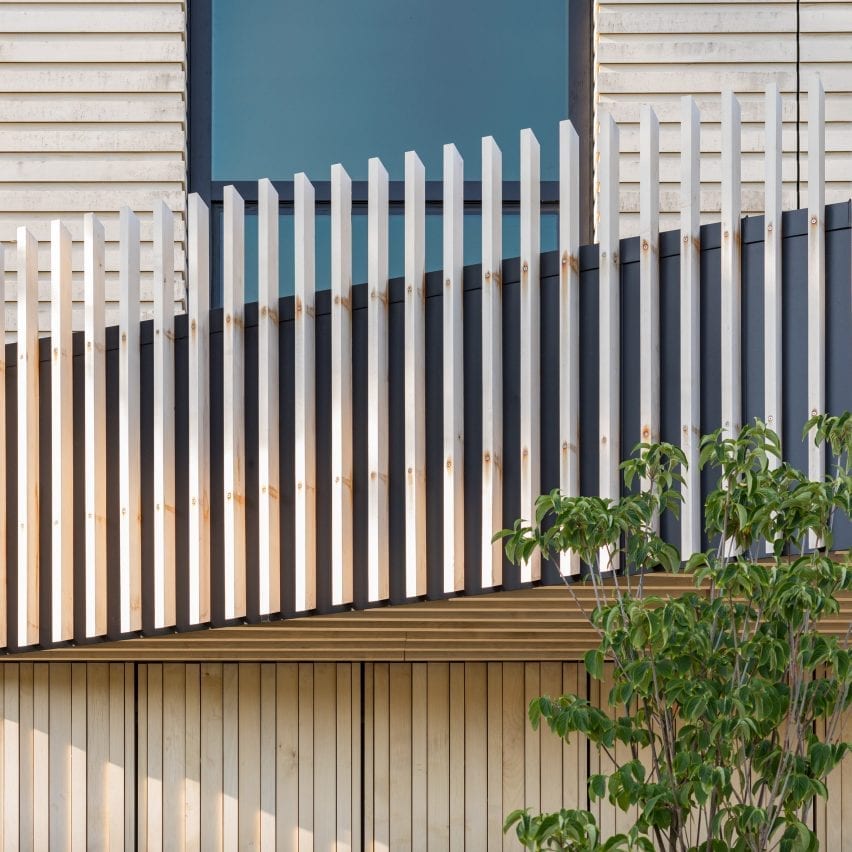 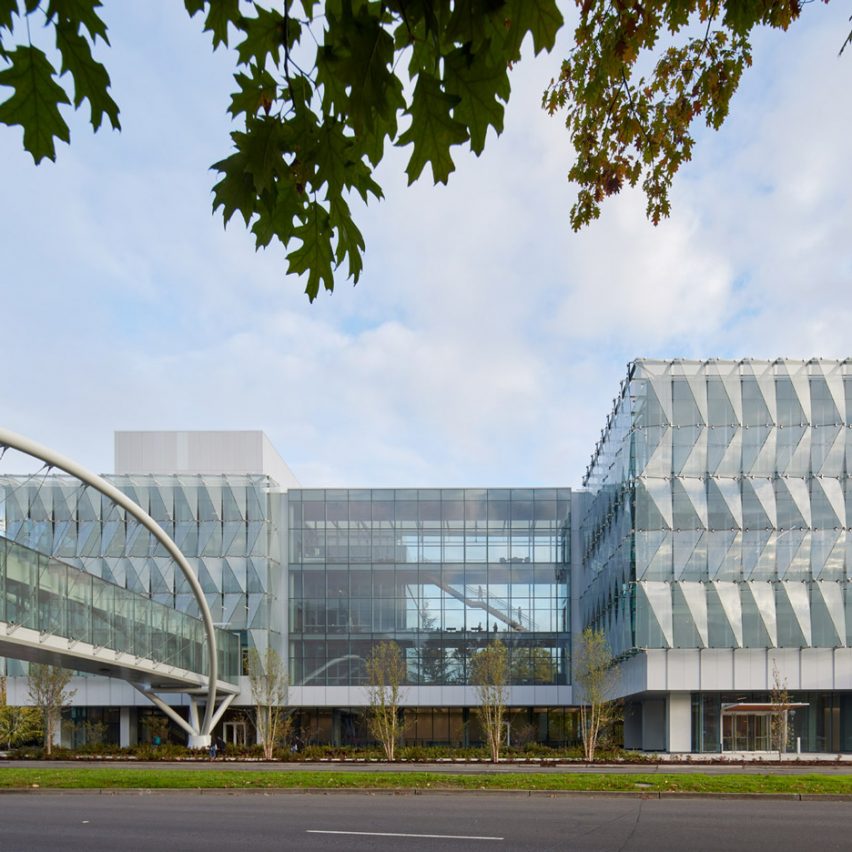 A double-skin glass facade envelops the Knight Center, an Oregon research facility designed by American firms Ennead Architects and Bora Architecture & Interiors. The building – officially called the Phil and Penny Knight Campus for Accelerating Scientific Impact – is located on the University of Oregon’s campus in Eugene. The project was made possible by a $500 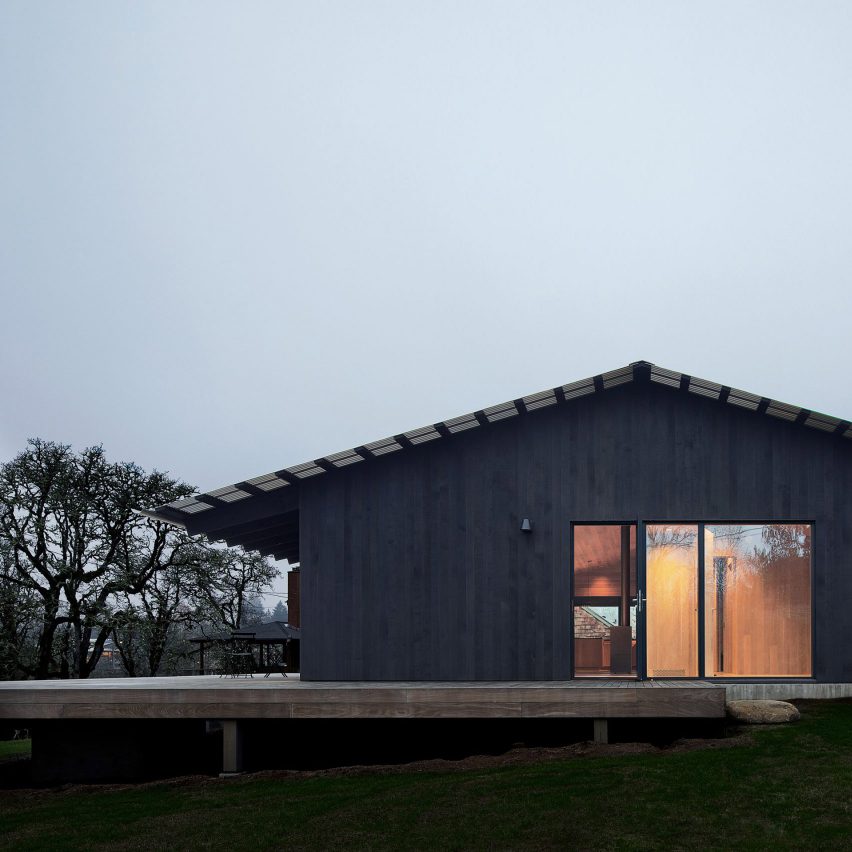 Wood takes centre stage in this riverside dwelling in Oregon by American office Landry Smith Architect, complete with black cedar siding and an interior made from white oak boards. The Divine House is a bungalow located outside of the city of Eugene, sitting just above water-level and overlooking a bend in the McKenzie River. Named 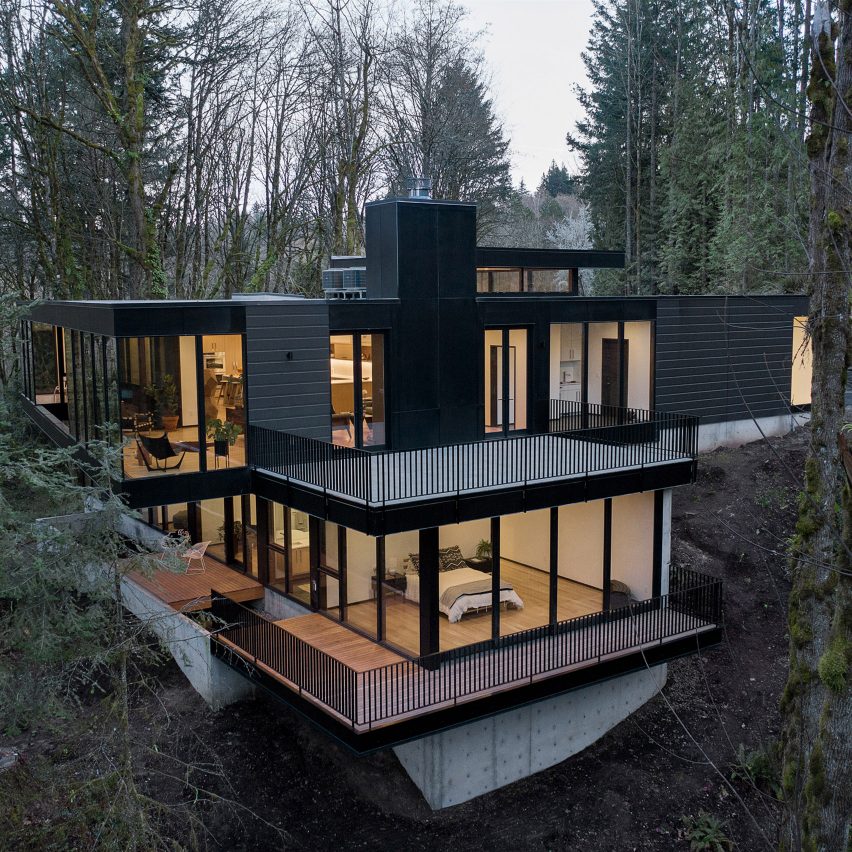 US architecture firm William Kaven Architecture has stepped a black house with expansive balconies down a wooded ground to overlook an Oregon forest. Two stacked rectangular volumes clad with black siding by Aspyre and large windows comprise the geometric 4,352-square-foot (404.3-square-metre) house, which is set on a concrete foundation. The house called Royal is situated