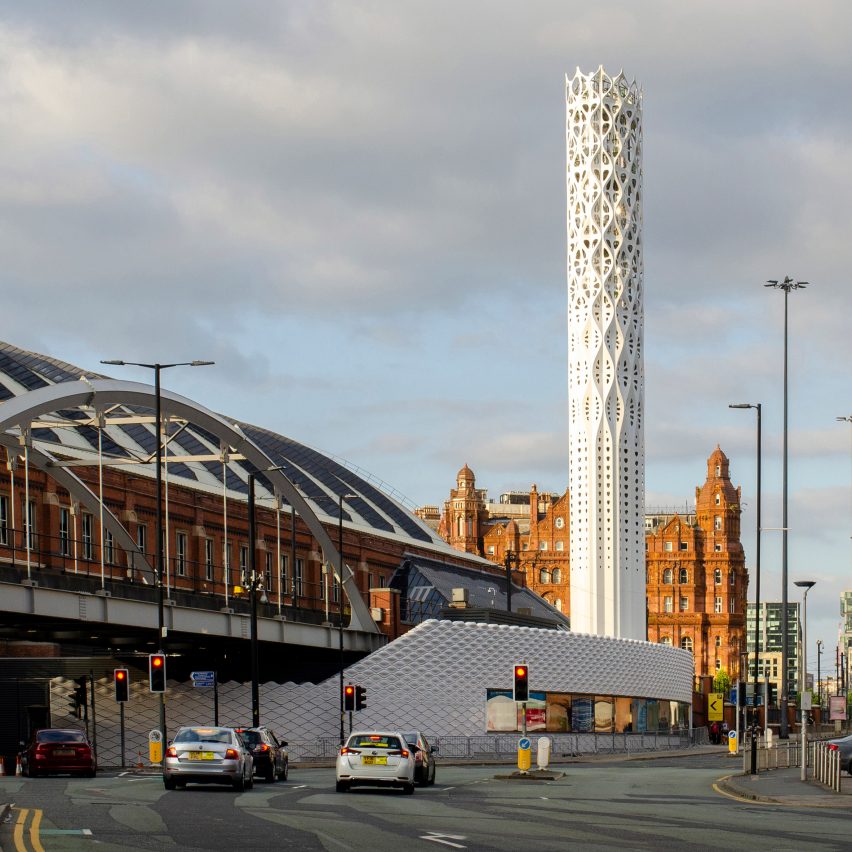 Architecture studio Tonkin Liu has completed a biomimetic tower containing flues for a low-carbon energy centre in Manchester, England, along with a sculptural wall made from organically-shaped tiles. Tonkin Liu’s architectural interventions form part of the city’s Civic Quarter Heat Network and Energy Centre, which provides low-carbon energy to a network of key sites across 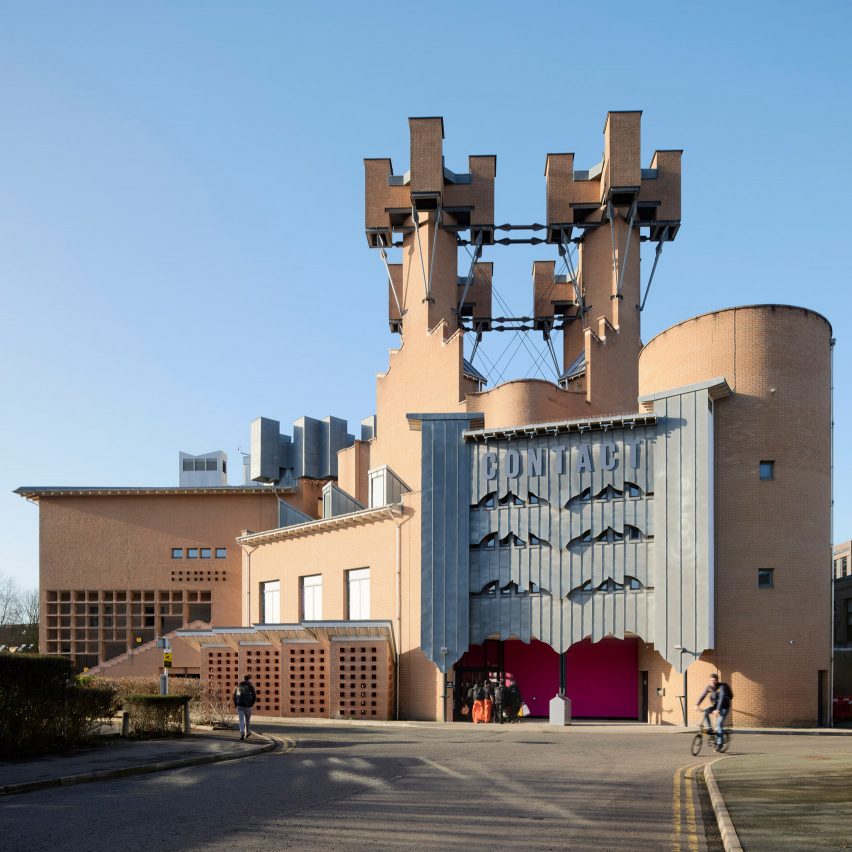 Architecture studio Sheppard Robson has remodelled the eccentric Contact theatre in Manchester, UK, stitching in a “new and distinct” metal-clad extension. The overhaul was carried out by Sheppard Robson to improve the layout and energy performance of the building that was completed by British architect Alan Short in 1999. Sheppard Robson’s goal for the project 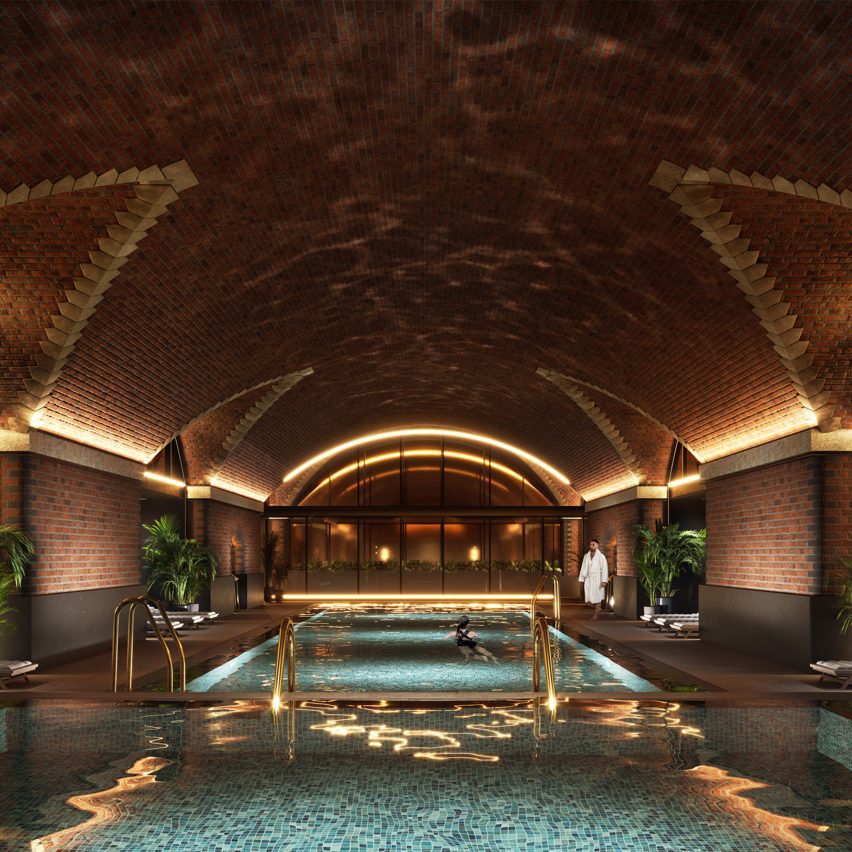 Dezeen promotion: property developer Salboy has unveiled plans to convert the Victorian arches under the former Manchester Central railway station into luxury facilities for a new residential tower. Salboy is working with Manchester-based architecture practice SimpsonHaugh on Viadux, a development that will create 399 one- and two-bedroom apartments over 40 storeys, as well as a separate office

The post Salboy to create swimming pool and spa in Victorian arches under Manchester Central appeared first on Dezeen. 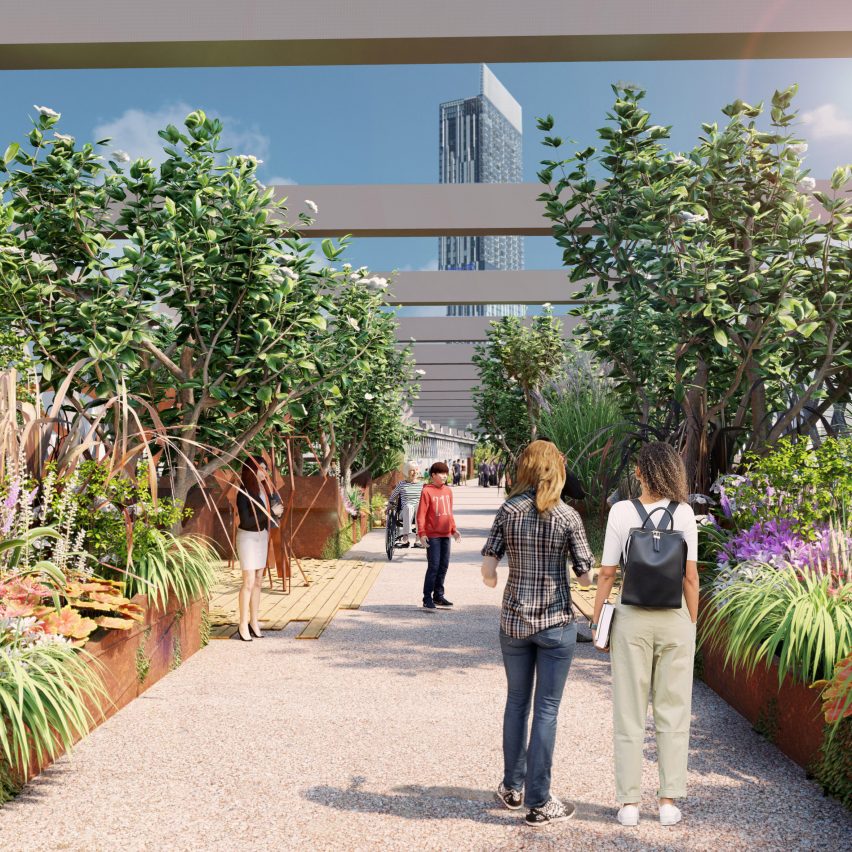 London studio Twelve Architects has revealed its plan to transform the disused Castlefield Viaduct in Manchester into a “green oasis” reminiscent of New York City’s High Line. The design, which was informed by James Corner Field Operations and Diller Scofidio + Renfro’s New York City High Line, is a 330-metre long linear park that will 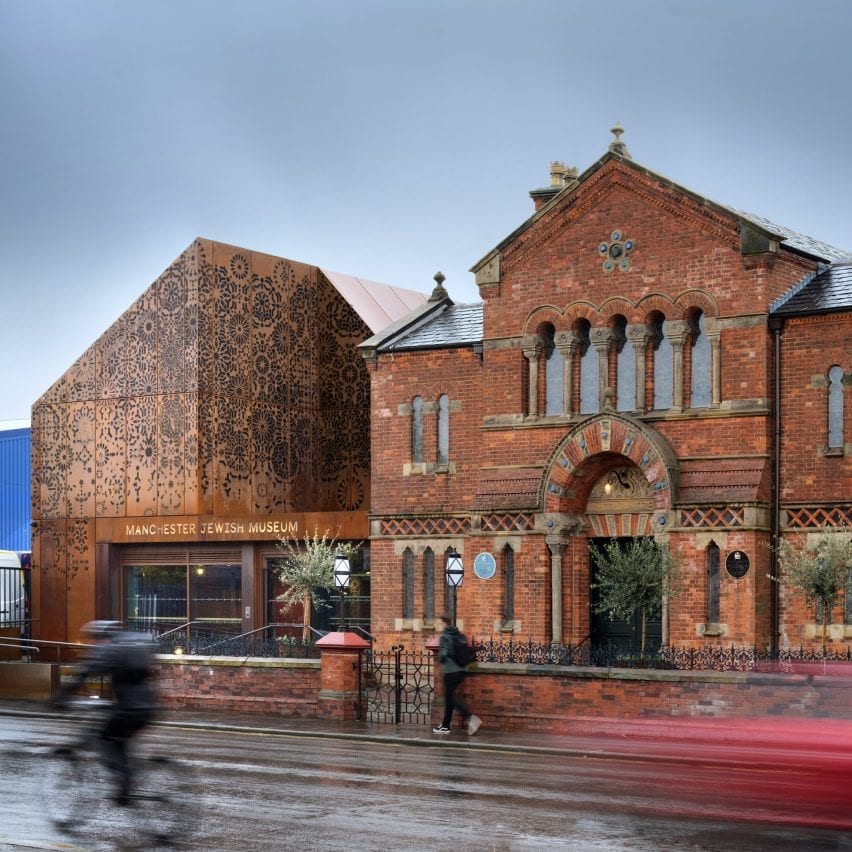 UK studio Citizens Design Bureau has renovated and extended a heritage-listed synagogue to create a museum that “tells the stories of Jewish Mancunians”. Set between a builder’s merchant and a self-storage company in the Cheetham Hill area of Manchester, the studio aimed to create a building that would complement the industrial surroundings, but also be intriguing. 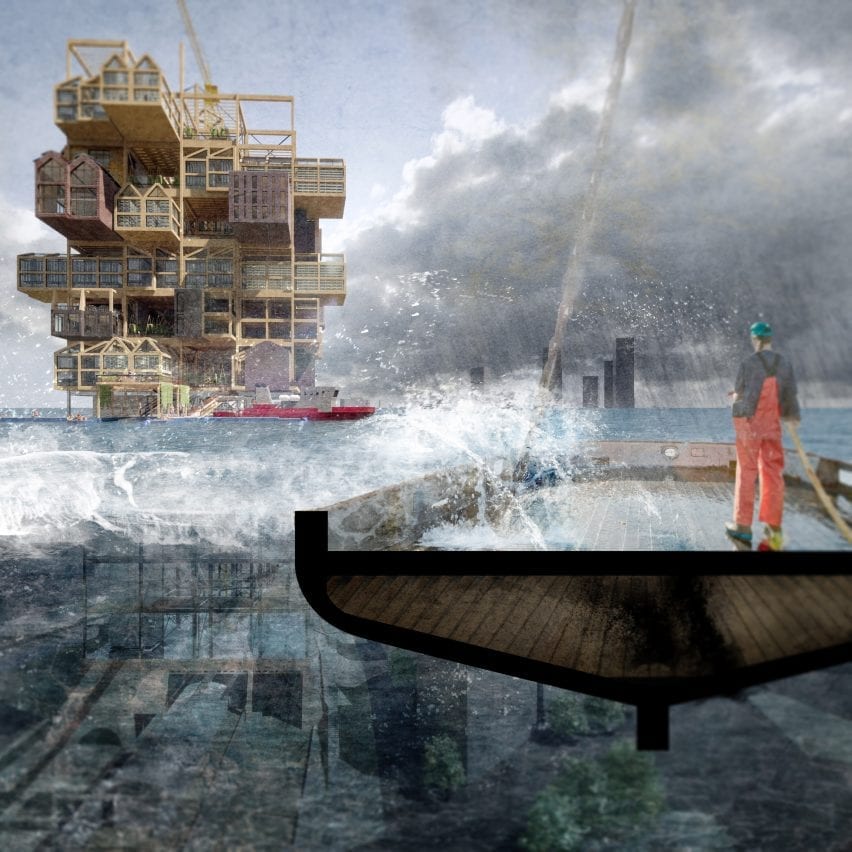 A project exploring whether dreams could influence the design process in architecture and a “vertical village” that adapts to rising sea levels are included in our latest school show by students at the Manchester School of Architecture. Also included is a neighbourhood plan informed by how children experience space and a sustainable community project with 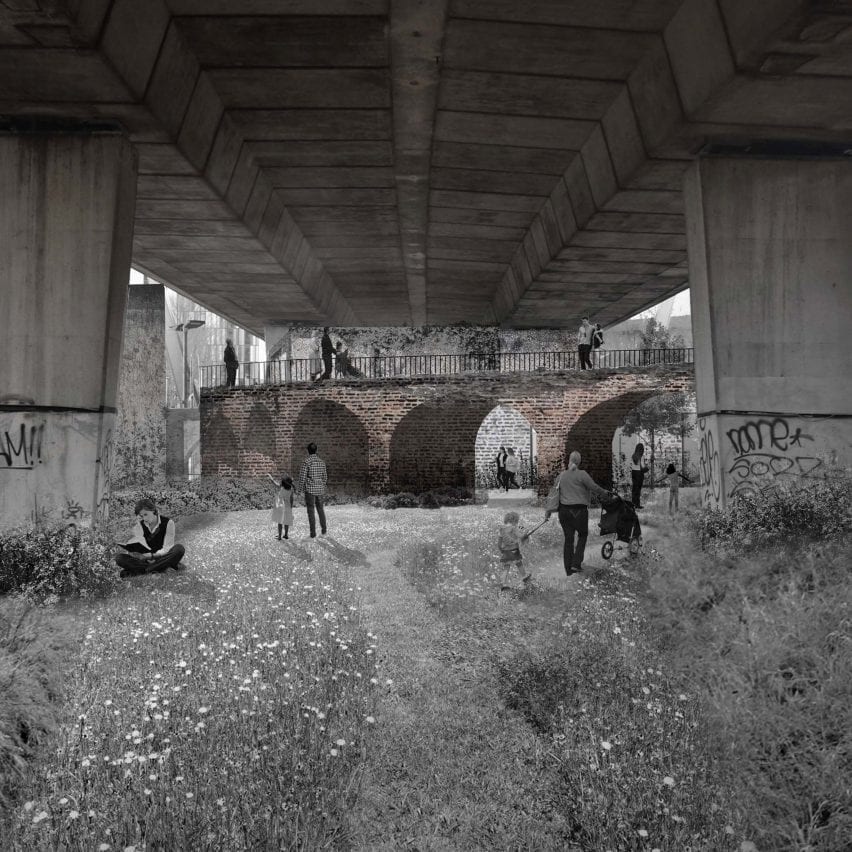 In our latest school show, undergraduate studios at the Manchester School of Architecture explore how feminist architectural theory can be used as a tool to design a fairer society. Other studios examined the university’s campus and its relationship to its wider urban environment; how emerging designers use design methods to engage citizens in the city; and 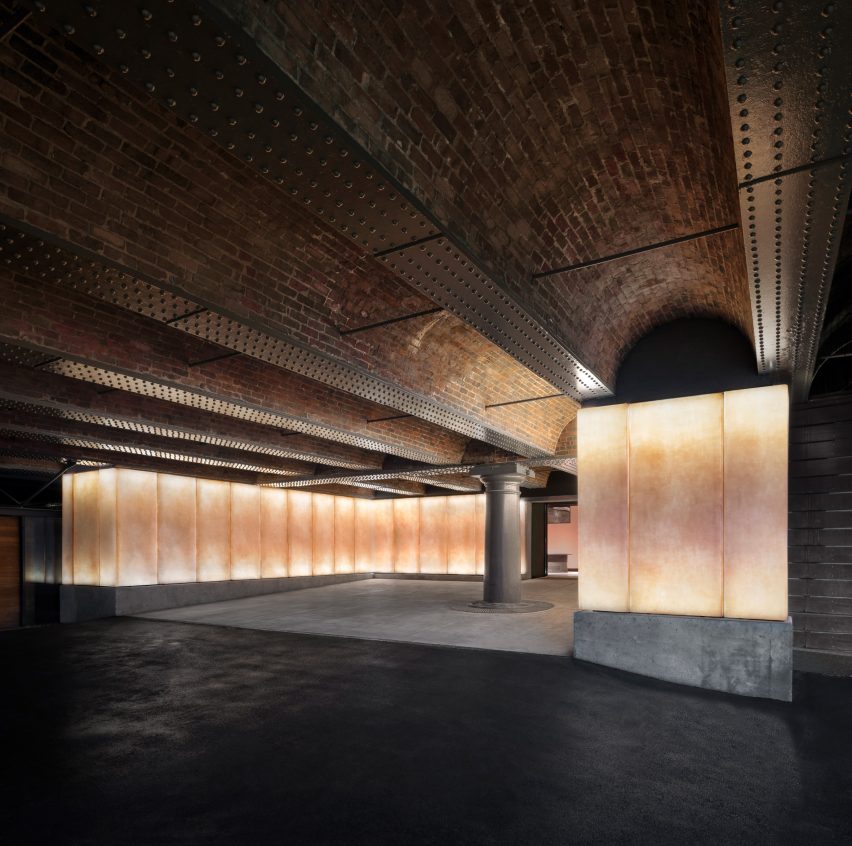 Architecture studio Carmody Groarke has designed a lower-level entrance and gallery space at a science museum in Manchester, UK. Envisioned as the first part of the Science and Industry Museum’s long-term renovation plan, Carmody Groarke revamped the institution’s lowest floor adding a Special Exhibitions Gallery, foyer and additional visitor entrance. The entrance on the lower ground floor of the 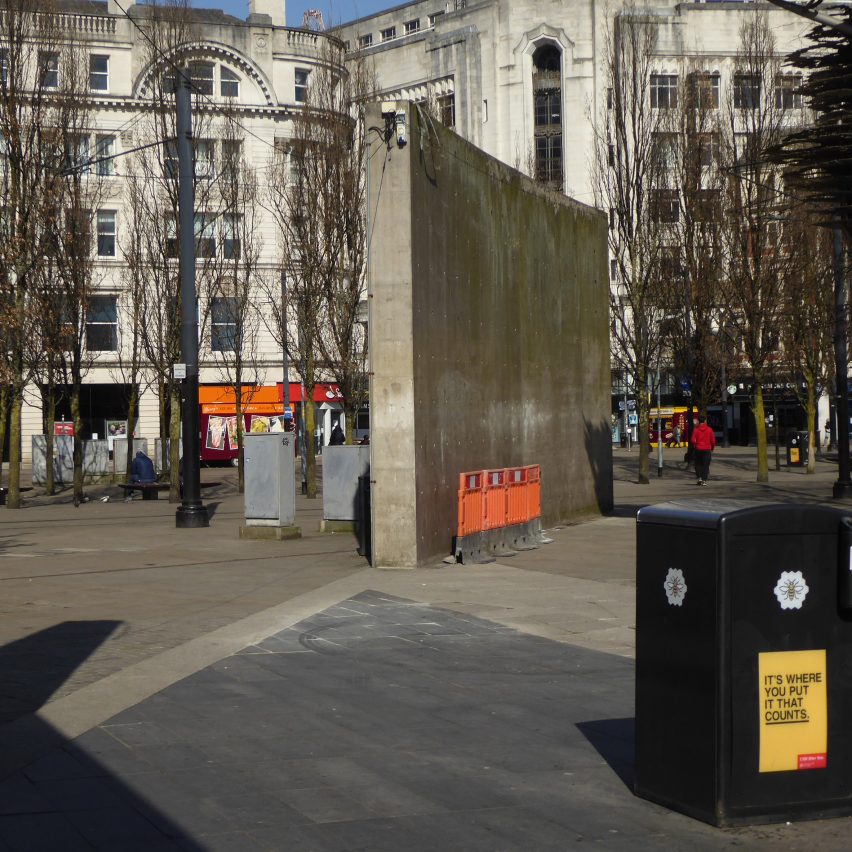 Demolition has begun on a wall in Piccadilly Gardens, Manchester, which forms part of Japanese architect Tadao Ando’s only building in the UK. Removal of the six-metre-long concrete wall, which locals have dubbed the Berlin Wall, began on 16 November and is expected to be completed this week. The freestanding wall was built as part 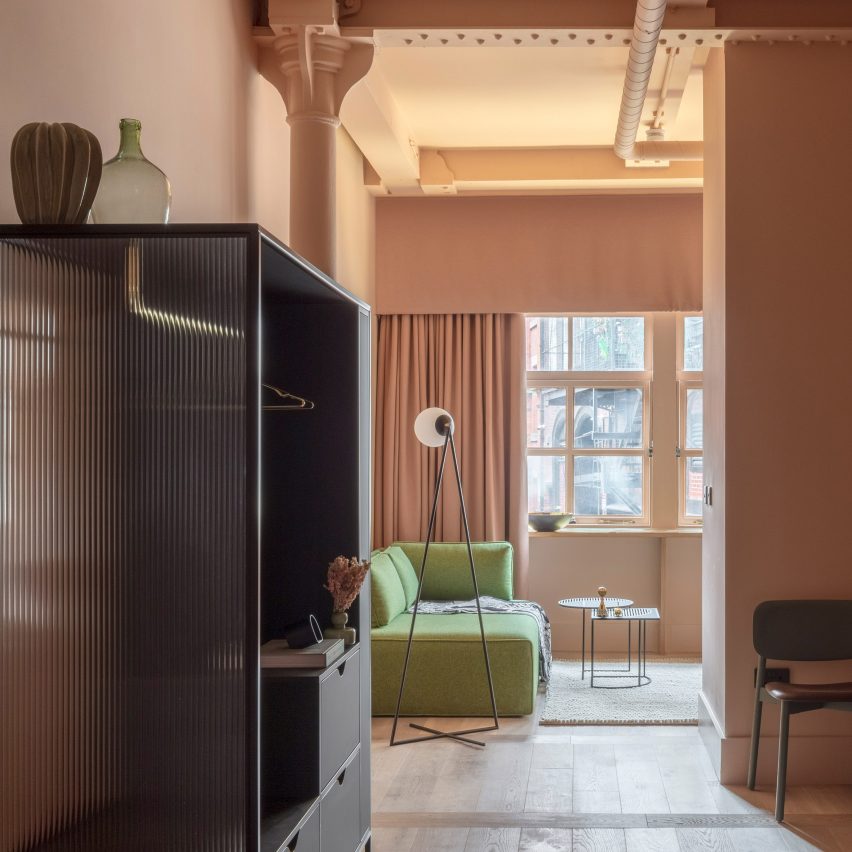 New York-based practice Grzywinski + Pons looks to overcast skies and industrial posters from the 1800s to design the interiors of this hotel in Manchester, England. Whitworth Locke hotel is situated in Manchester’s civic quarter and occupies a trio of 19th-century buildings that back onto the city’s Rochdale Canal. The three connected buildings – previously