The property summarized what we find in our city every day: layers, various materials, deletions and additions, pieces of deactivated installations, marks of use and time, and a wide void. All that, in the general conception of professional routine, is usually admitted as bad, avoidable, changeable in design. All this is present in the six faces of the parallelepipedal volume of its interior.d seemingly nothing.

Living room elegance is only a chandelier away. Finding the right living room chandelier can be a tricky prospect, with sizing just as important as style. Determine what size of chandelier you need for your living room by adding together the length and the width of your room, then converting that figure into inches. To […]

Community matters. The construction of The Holy Redeemer Church took many years, more than fifteen and it has overlapped with the transformation process of Las Chumberas, which is a neighborhood of 670 homes from the 1970s, organized into 42 blocks, to which were later added shopping centers and industrial buildings. Supported at all times by the Bishopric of Tenerife, initiator of the project, as well as patrons and residents, Menis conceived the Church as a necessary catalyst for the urban and social changes that were taking place in the neighborhood. In his vision, the new building should create a place where there was none, and contribute to giving Las Chumberas an identity of its own, establishing itself as a reference space in a confusing urban fabric. The resulting compound includes a Church, a community center, and a public square surrounded by greenery, that is, a public meeting place that the neighborhood needed.

The World is upside down. Polette has been a game-changer and very revolutionary in its industry over the last decade. It is an original and very creative contemporary company it is clearly adapted to a new era and connects directly factory and consumer.

A transformation of an industrial office building in Amsterdam into an abstract funky space mixed with waves of furry wool and colorful arty interiors. Since I work across art, tapestry, furniture design, interior, and spatial design this space gave room to implement it all. While stripping the existing office building in Amsterdam back to its core the company’s corporate identity was translated into a design that oozes a “maximalist bold abstract and modernistic feel”.

Unlike the intricate opulence of traditional chandeliers, circle chandeliers feature a simplified silhouette that is stately enough for formal environments and laidback enough for casual placements. In this post, we’ve collected our favorite circle chandelier designs from around the web. We’ve selected approachable designs for interior themes ranging from mid-century modern to cottage chic and […]

The Hyundai Department Store Mokdong in Seoul features the world’s most famous luxury brands. While one’s senses are challenged in the shopping sections below, the top floor offers a space to rest. The minimalist “Glass House Garden Room” offers a place of tranquillity for shoppers and visitors. It serves as the entrance floor to the surrounding residential towers and can play host to events and exhibitions. The space is visually broken up by islands of green plants that are embedded in the floor. A swarm of plant-friendly LED lights is placed above each island, which is intended to promote both human and plant well-being.

Few accessories can elevate the atmosphere of any room better than a stately chandelier – these lighting elements were once considered icons of luxury and elegance, now serving as a simple way to deliver charming ambiance to any of your favorite spaces. In this post, we’ve collected a range of chandeliers to suit every bedroom […]

Super soft monochrome decor melts over these two luxe modern home interiors, creating mellow tranquillity. Each of these home interiors are furnished with made-to-measure cabinetry that fits flush and builds a look of luxe. Elegant metallic accents lift the warm, creamy backdrop of these home designs, adding rich lustre that polishes room layouts with a […] 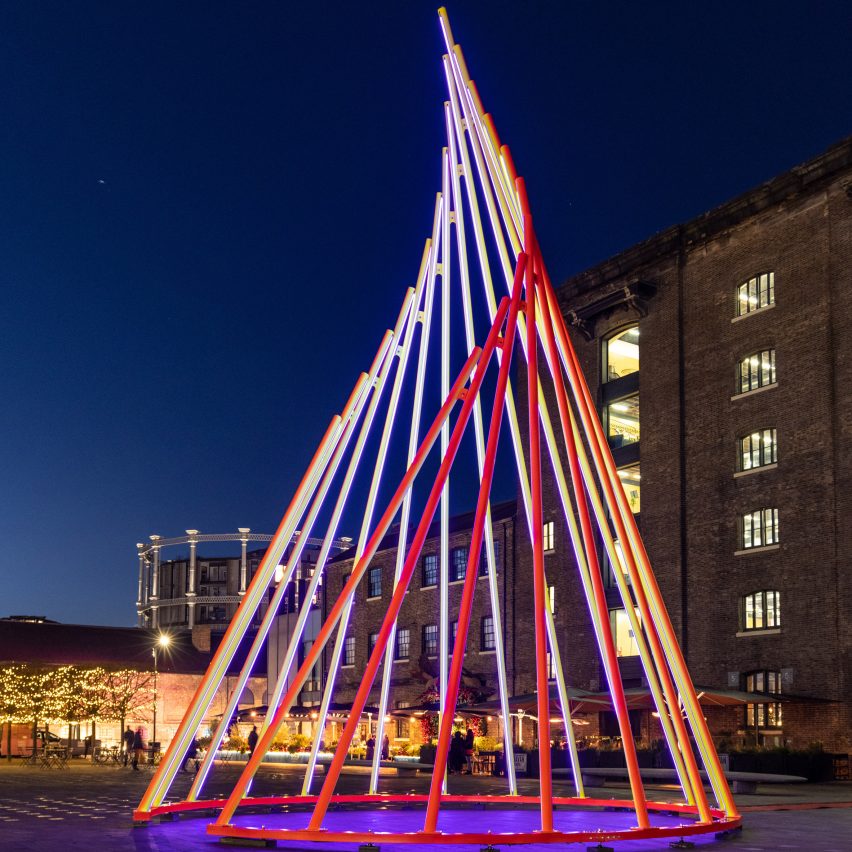