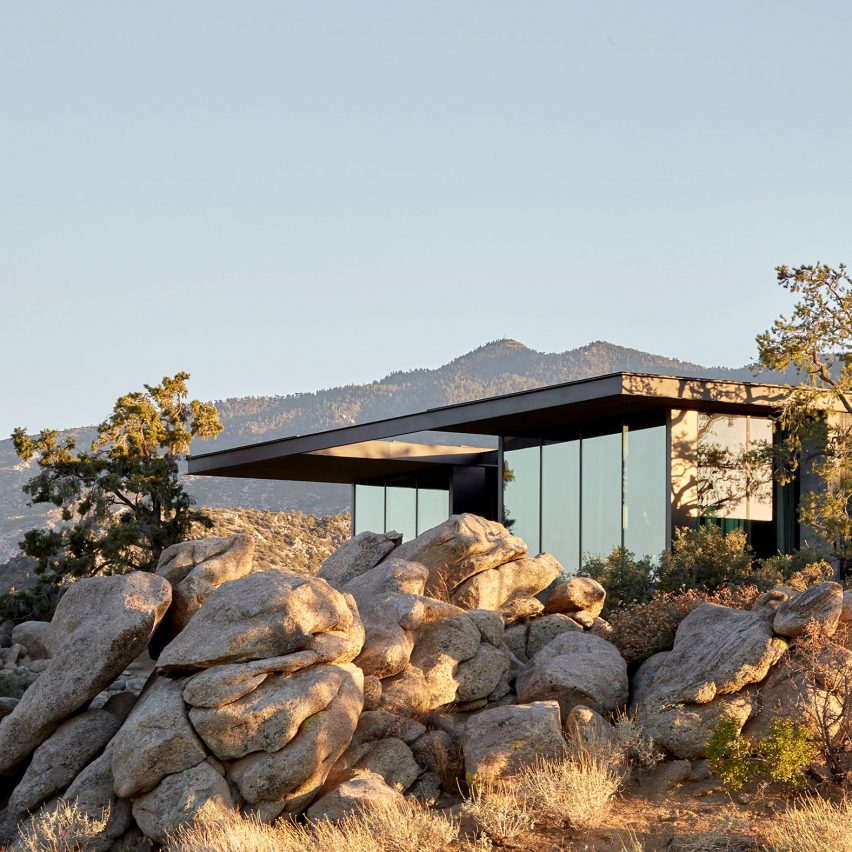 San Francisco firm Aidlin Darling Design has completed a low-slung home in California’s Palm Desert that is intended to contrast the boulders and trees found in its remote setting. The three-bedroom family home is located on a rocky plateau in the arid landscape, with views of the Coachella Valley and San Jacinto Mountain Range. This 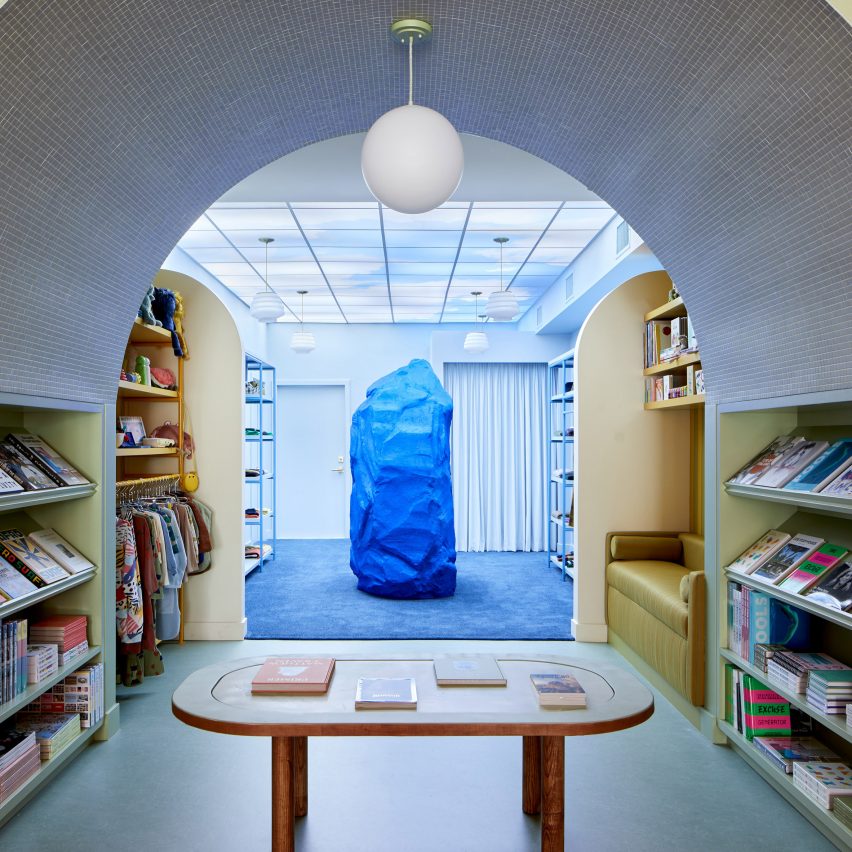 Spatial designer and artist Adi Goodrich has filled the Dreams lifestyle store in Los Angeles’ Atwater Village with colourful surrealist details, including a lobster phone and a “glowing” blue rock. Goodrich created the store together with her creative partner and Dreams’ owner, Monica Navarro, with whom she’d previously worked on the Wine + Eggs grocery 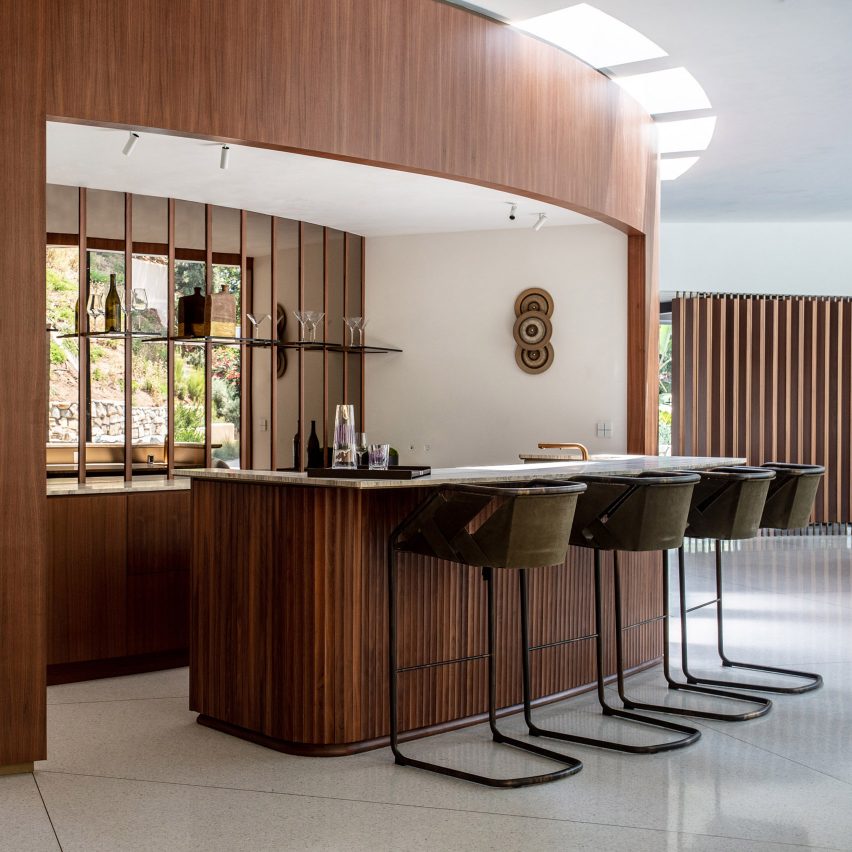 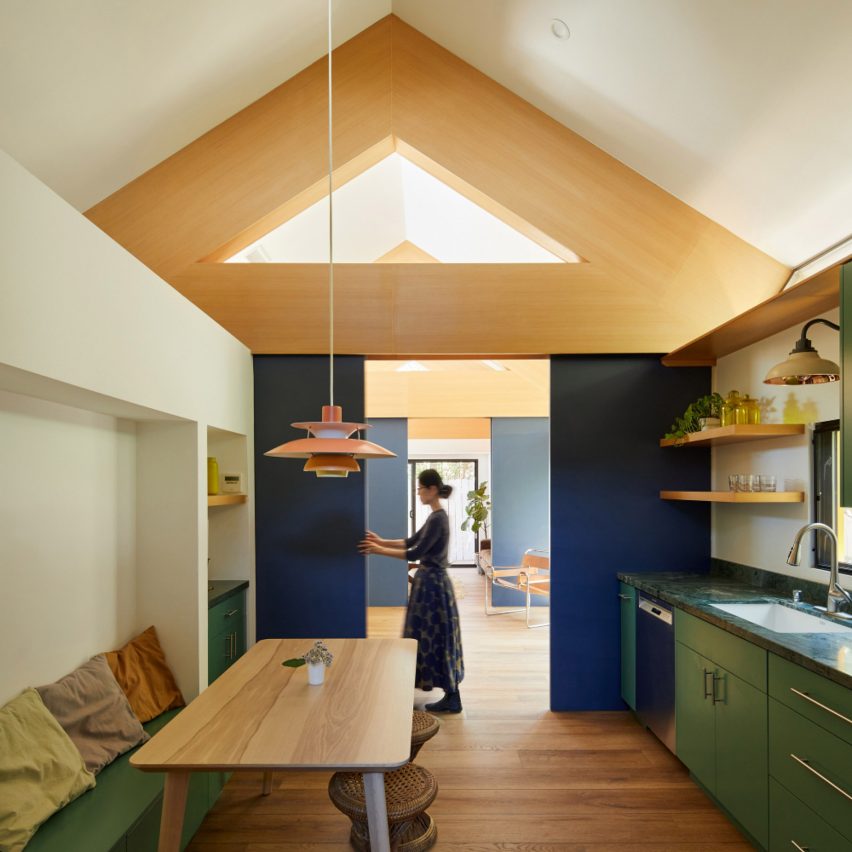 American practice Bunch Design has completed a colourful granny flat modelled on an oversized suit at the back of a home in Los Angeles, with sliding doors that enable it to become a single open space. Accessory Dwelling Units (ADUs), commonly known as “granny flats”, were enabled by a 2016 change in state law to 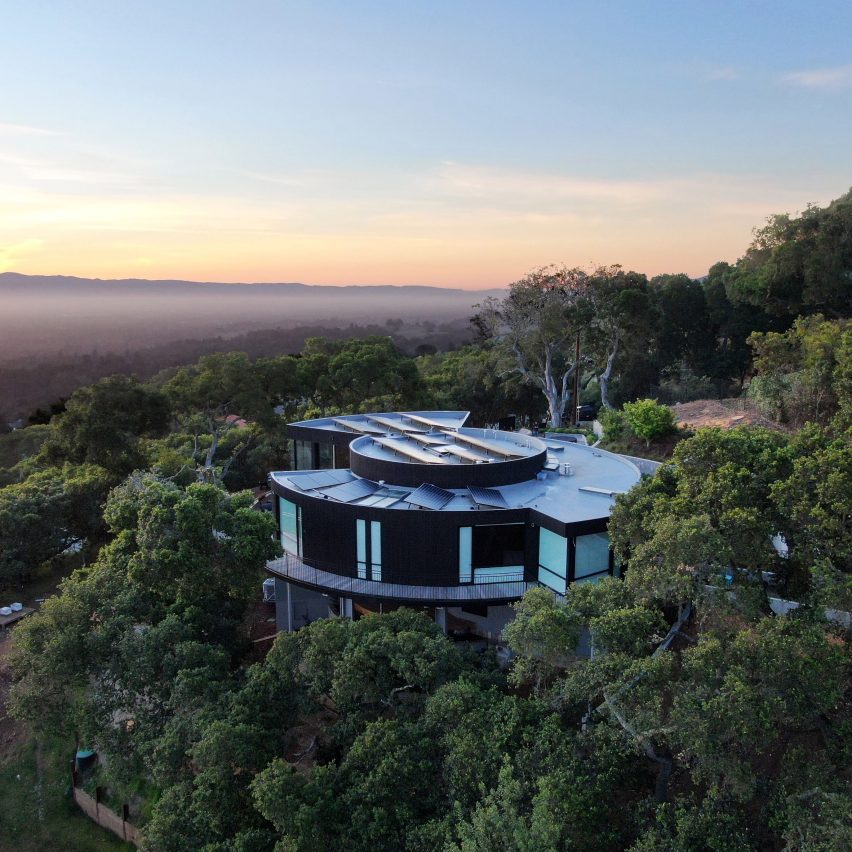 American firm Feldman Architecture aimed to take a respectful approach while overhauling a “quirky circular house” perched on a hillside near Silicon Valley. The Round House is located in the affluent town of Los Altos Hills and is bordered by a nature preserve. Completed in the 1960s, the building consists of a circular main floor, 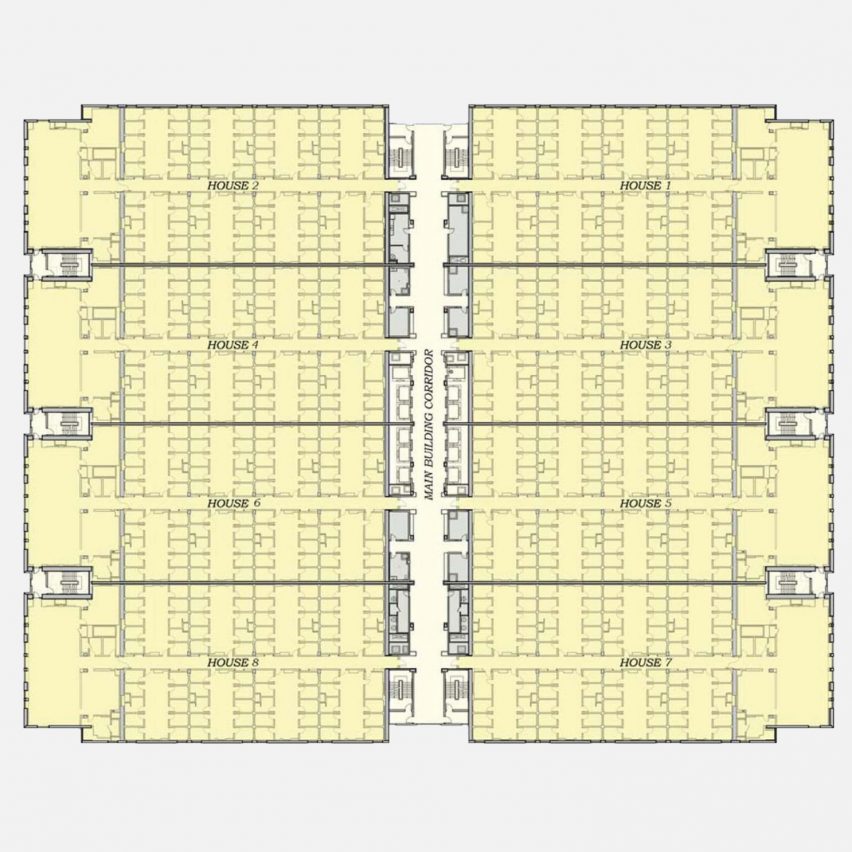 More than 12,000 people have signed a petition against the construction of Munger Hall, a mostly windowless student dormitory for the University of California backed by billionaire investor Charles Munger. The campaign, which is hosted on change.org, was launched by Tommy Young, a student at the university’s Santa Barbara campus where the housing is set 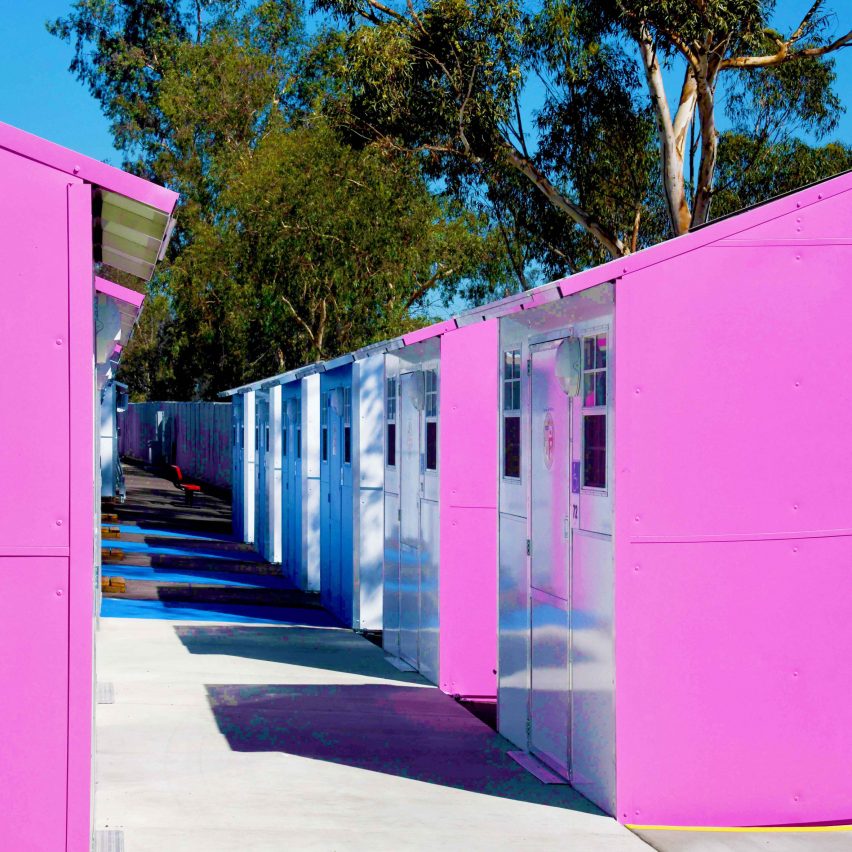 Local studio Lehrer Architects has built a community of brightly coloured tiny houses on a narrow strip in Los Angeles for the city’s homeless residents. The Whitsett West Tiny Home Village occupies an oddly shaped stretch of land in North Hollywood, measuring a quarter of a mile long and only 20 feet (six metres) wide 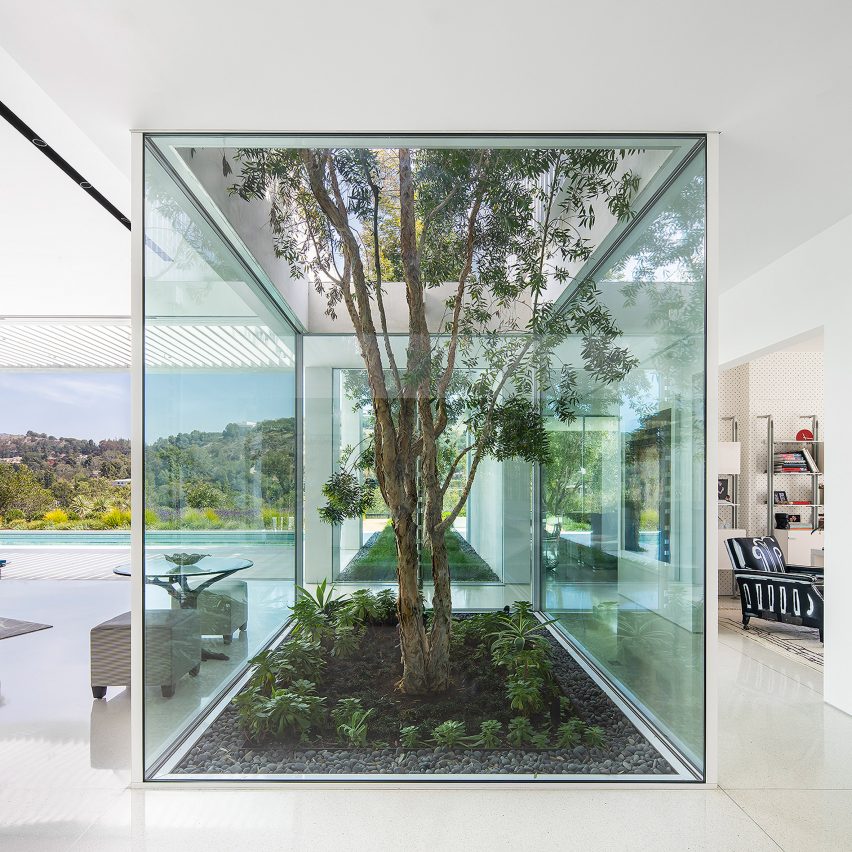 White surfaces, both inside and out, offer the ideal backdrop for artwork in this light-filled home created by LA firm Abramson Architects for a creative client. The Getty View Residence is nestled into a sloped site on a quiet cul-de-sac in Los Angeles. As the name suggests, the 8,000-square-foot (743-square-metre) home is afforded vistas of 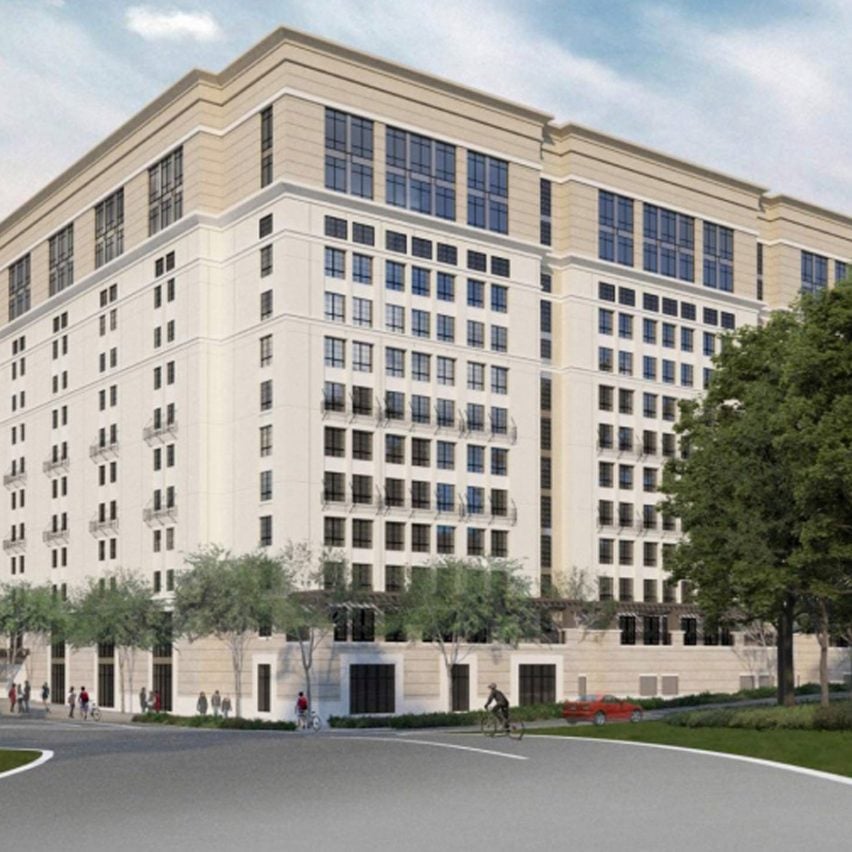 Billionaire investor Charles Munger’s design for a much-criticised student dormitory at the University of California was informed by Le Corbusier and will “last as long as the pyramids,” he has claimed in an interview defending the project. Munger defended his vision for a 1.68-million-square-foot (156,000-square-metre) building, which would house 94 per cent of its 4,500 students in 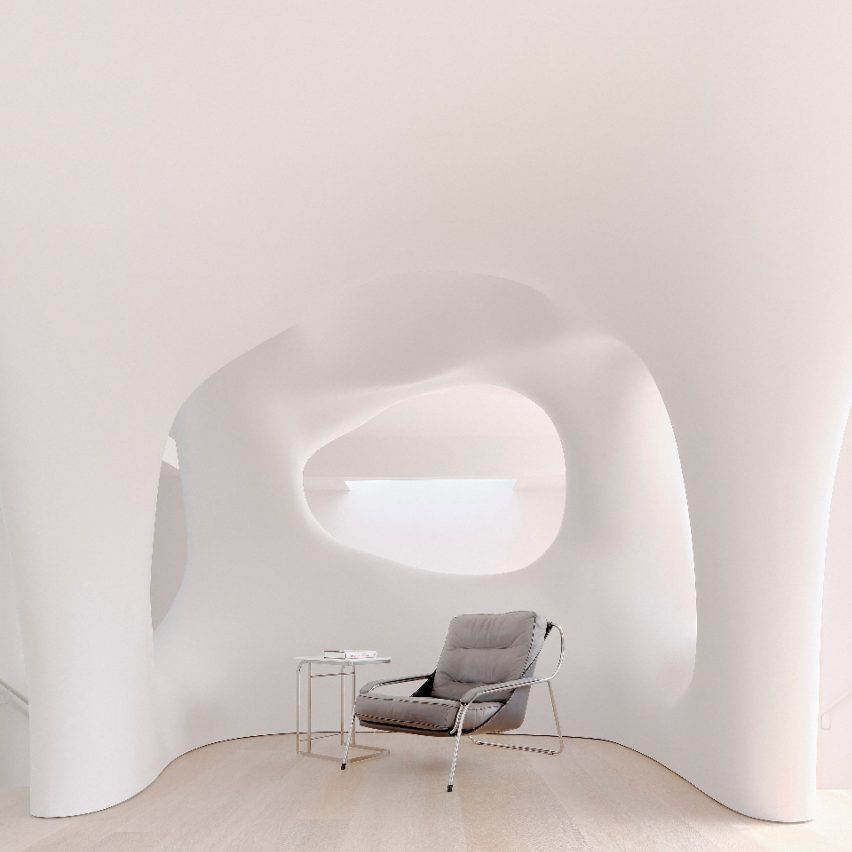 Plump white walls and undulating ceilings can be found inside this house near San Francisco, which has been updated by design studio OPA to feature cloud-like forms. The owners of the three-floor home recruited OPA to create interiors that could provide “a release from the conformity of the outside world”. This prompted the local studio to